Yesterday we had a day off in Albany. By afternoon I got out of my hotel room to walk around because I'm finally getting caught up on work, woo! Good news for fresh air and sociability and HINT for those to whom I owe phone calls.

Also, I bought a new camera in LA, an Olympus PEN E-PL1 that I've been wanting to play with.

It was muggy and hazy which was still a million times better than being inside. I was crossing the street to the Hudson River path when it started to rain so I turned around and ran back to the highway overpass to wait it out. 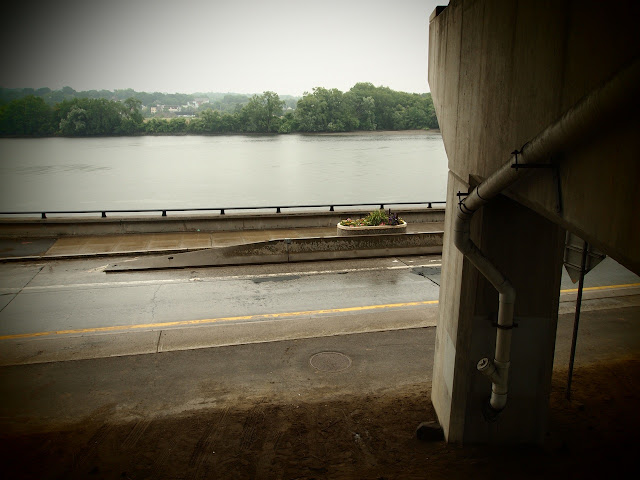 "Well I'm stuck under an overpass because it started raining so the photos might not be awesome," I wrote back.

And a moment later, "Totally feel like a hooker right now."

I climbed up the embankment to explore. 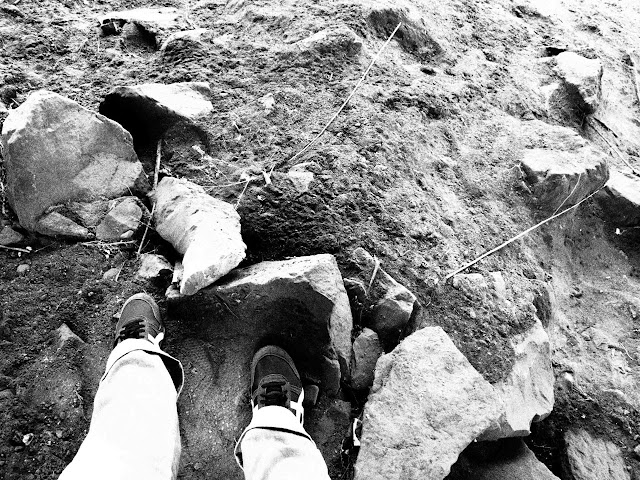 Oh look, it's my feet. I love this camera already. 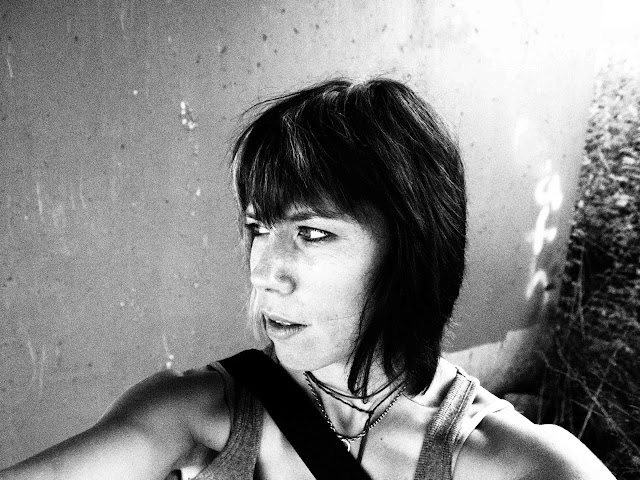 It's hard to make out in this photo but over my shoulder it says death. NICE. 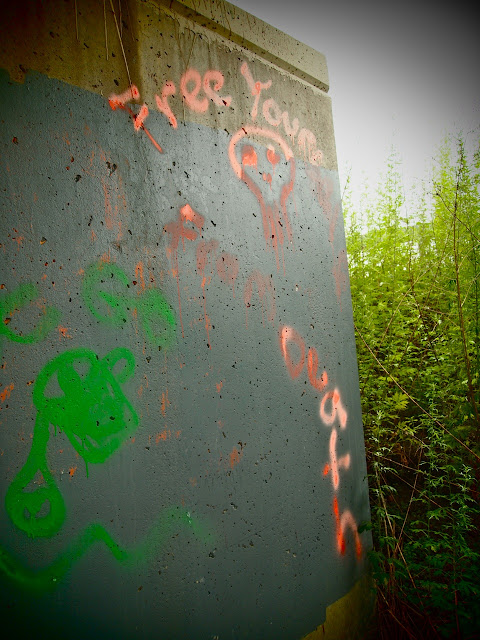 Free your mind from death.

That's the whole message and I wonder who wrote it. 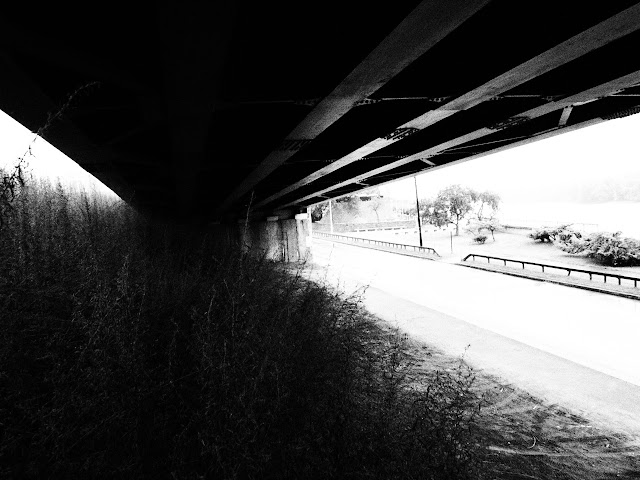 Matthew and I are talking about going to Iceland and in my research I've discovered from Wikipedia that many Icelanders believe in elves or are unwilling to rule out their existence. I'm quite stuck on this piece of trivia. It is debatable, and in fact DEBATED, if elves are the same as huldufolk, Icelandic hidden people. To me they all sound like trolls so naturally that's where my mind went as I hung out under a bridge.

And so I waited out the rain, contemplating the likelihood of Albany huldufolk. 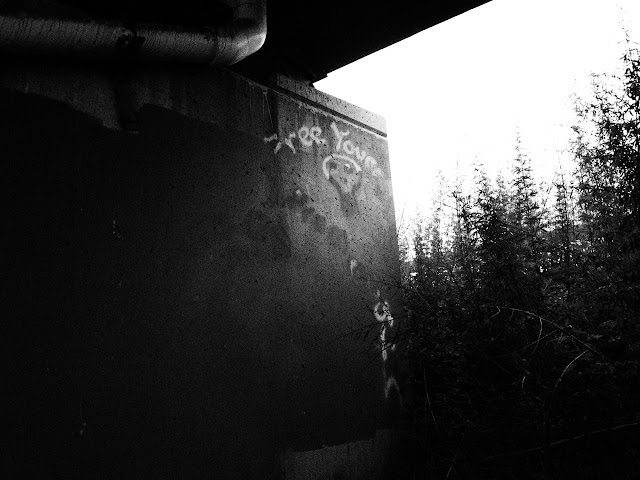 Posted by ronckytonk at 9:17 AM

About the Iceland elves! David Rackoff wrote an essay about that, and I think it was in "Don't Get Too Comfortable."

I love that you know that, thanks S. ps speaking of books, I am so psyched for you, saw some press on VBEWW xx