I didn't know what this sticker meant but I took a photo as I was walking down North Mills Avenue in Orlando. I just did some research and have officially found a new street artist. André Greppi, or DRES13, is an ad agency art director, freelance graphic artist and illustrator and graffiti artist, or what I'd like to call a sidewalk beautician, based in Orlando. 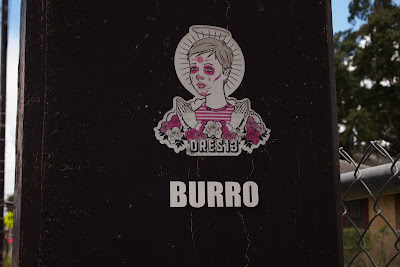 Posted by ronckytonk at 12:18 AM No comments:

This is a sweet thing

Matthew handed me a bunch of roses in the parking lot of the Atlanta venue last night when he, Doug and Jacquie arrived. I gave several away to people as I passed them in the hallway, one of whom was an older gentleman security guard. At the very end of the night as we were sitting on the curb drinking champagne (Thanks Jacquie), we saw the security guard carry the rose out in a glass and give it to a woman waiting in a car.
Posted by ronckytonk at 10:00 PM No comments:

I love this girl. And not just because she's the kind of girl who will stick a banana down her pants for no reason.

Tonight I'm grateful for the friends I talk to rarely. I have a handful of people I've connected to in the past, sometimes fiercely so, who I speak to once or twice a year. I'm struck by the strength of what keeps us important to each other - humor, understanding, shared experiences. We may now be in different places but I'm so often physically far from those I'm close to emotionally that it feels normal to me. I've moved so much that I wonder if I'll ever live somewhere and not hear a voice in my ear that whispers, "You're just visiting....what's next?"

Not long ago Matthew commented that it sucks that I have so many friends but so few live nearby. My first reaction was defensive.

It's been YEARS that I've had a stable number of friends close to me. I've collected great loves and held on to them for dear life but they're scattered in all directions because that's what I've done myself.

Sometimes it's the milestones that make us more separate - marriages, babies - and sometimes the same things bring us back together. Work schedules, money to travel, busy-ness: they all play a part. I can call but am picky with the phone to the point of phobia. I do best with the phone when I make official "dates" and plan my day around that hour or two. With a few people I email and to others I write letters. In general, I prefer to see people in person.

Working in touring both helps and hurts. I spend the summer making my way around the country to parts I might not get to otherwise and sometimes see friends on days off. But touring is also massively time-consuming and I balance two largely detached lives: work life and personal life. This is not a complaint, it just is. In managing people at work, I try to stick to the principles from the rest of my life. The hardest things to say are best said in person and not by email or text, accept responsibility when I screw up or don't know something, learn from those around me, stay calm and decisive in uncertainty or crisis. Be fair. Know when to be flexible. Care.

I recently took a call from a number I didn't recognize. I was in Texas and when I realized it was Taryn's friend Leeann, I stepped outside to the loading dock. I talked to Leeann for awhile and told her that I was likely going to miss Taryn's Colorado wedding and cabin weekend because I'd be in the Philippines with the Idols. I asked her how she knew Taryn and told her that we ran around Ecuador together. After we hung up I texted Taryn and said that I want to hang out with Leeann when she's in Southern California for the winter. Taryn and I decided to talk before she gets married in September. It'll be the first time we get on the phone since the weekend she flew to Kentucky for my wedding, walked into my house and plunked down on the floor like she'd been there a hundred times before.

I had a beer with Jon on a day off in Seattle and he asked me questions that only someone who knew me ten years ago would know to ask. I got an email from Kelly right before I left LA for Salt Lake City that made me laugh out loud, a true LOL. She still calls me "Spano" in honor of the day at work in New York that we decided to call each other after Saved By The Bell characters: Jessi Spano and Kelly Kapowski.

There are others who I think about all the time, everyday, but haven't talked to in too long: Charlie, the Eisens, the Moodys. We're in different time zones and hemispheres and I wonder how they are and what they're doing.
Posted by ronckytonk at 10:55 PM 9 comments:

Orlando leaves, are you for real? 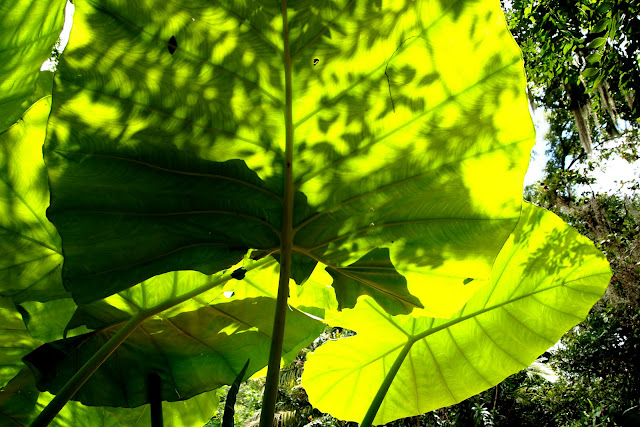 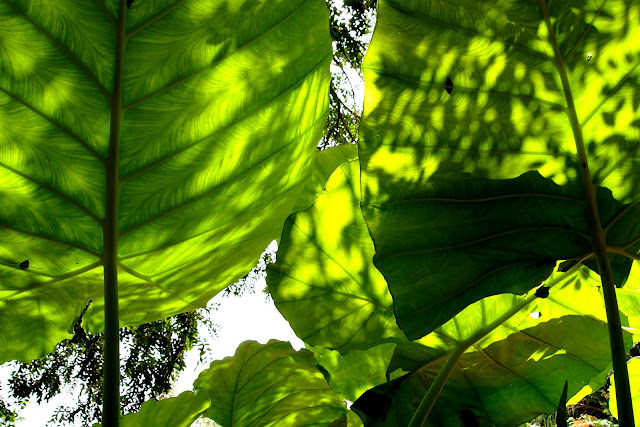 I think public sculptures are a fantastic place to leave your boots. 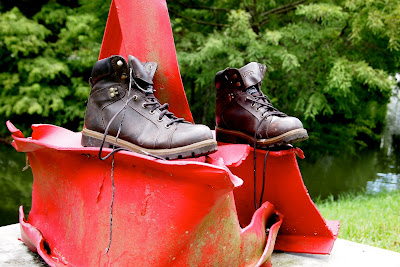 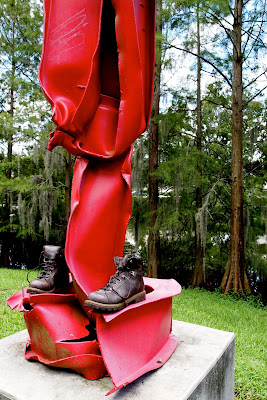 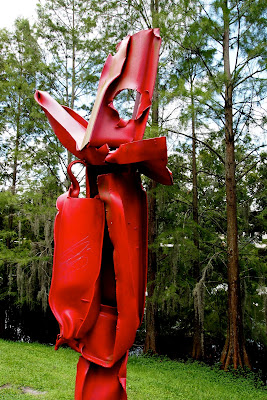 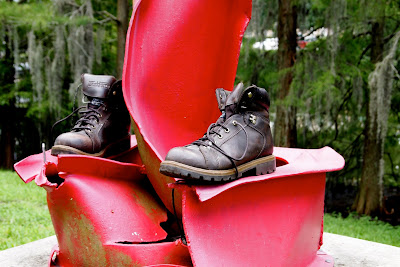 Posted by ronckytonk at 9:20 PM No comments: 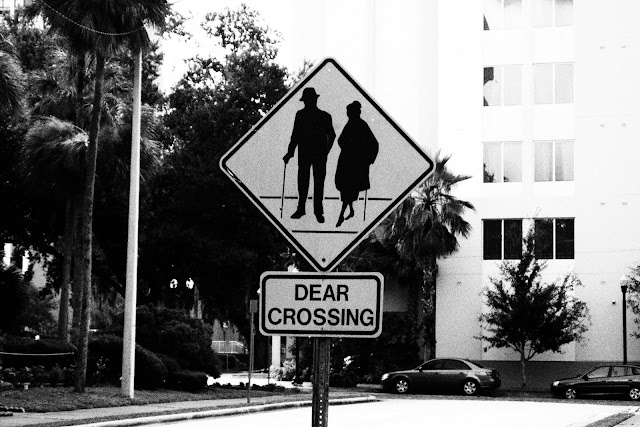 Posted by ronckytonk at 9:04 PM No comments:

Nine shows in and I'm already at that point in the summer where mere mention of an Idol's name or glance in their direction and I'm guaranteed to have one of the songs from their set stuck in my head for the next 45 minutes. It's pretty rad.
Posted by ronckytonk at 12:15 AM No comments:

About how I really used to hate emoticons but now I think it's funny to send the devil face in text messages. If someone texts me to ask for permission to do something and I say no, I add the devil face to my response. I don't know yet if anyone else thinks it's funny or if I just seem like an asshole.
Posted by ronckytonk at 11:48 PM No comments:

Labels: laughing quietly to myself

I'm sure that any Utahn who found this maybe funny a long time ago is over it but I'm not. I STILL CAN'T BELIEVE SALT LAKE CITY PROVIDES ORANGE FLAGS TO WAVE AROUND WHILE YOU CROSS THE STREET. 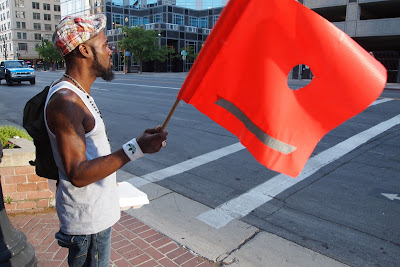 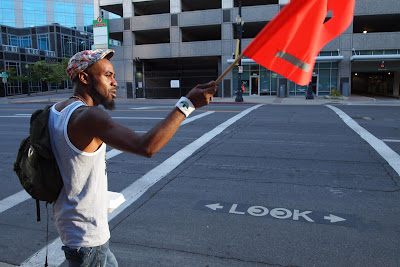 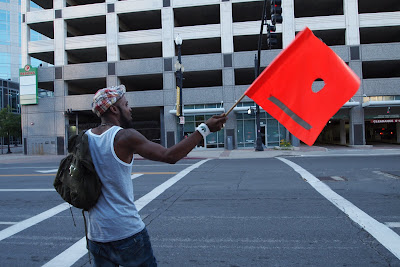 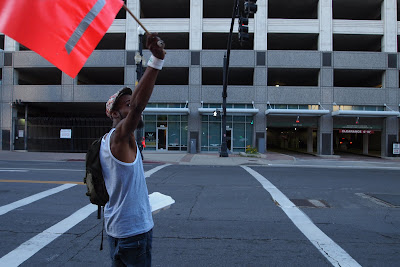 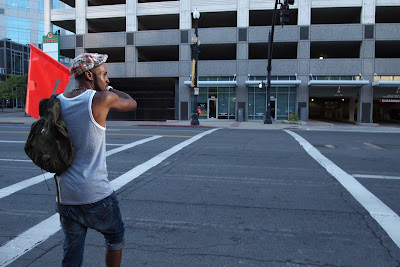 Posted by ronckytonk at 11:02 PM No comments:

Labels: are you f'in serious?, Utah

What I'm going to take from reading The 19th Wife, besides fuel for my ongoing fascination with Mormonism, is the word frippery.

1. finery in dress, especially when showy, gaudy, or the like.
2. empty display; ostentation.
3. gewgaws; trifles.

Thank you, David Ebershoff.
Posted by ronckytonk at 10:38 PM No comments:

I didn't know what it was as I approached it on the downtown Salt Lake City street but have since learned: a public art installation called SWAY'D created by Daniel Lyman and meant to be reminiscent of a field of grass or trees in the wind. It is also, of course, open to the interpretation of each person who enters the landscape and may make you play, wander, sit and stare, or just think. I sat down on the rocks and thought of the illustration from a children's book I read long ago, of baby Moses floating down the river in a basket. Which I guess makes Neil (below) the Pharaoh's daughter. 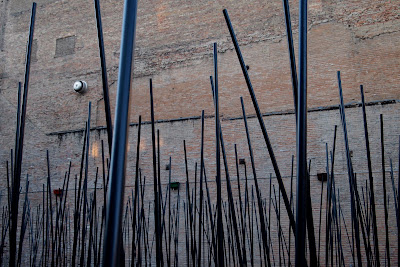 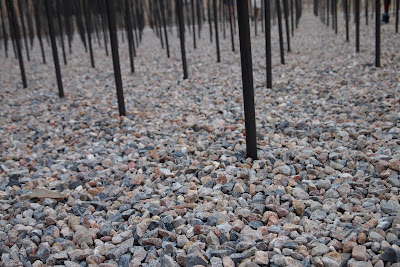 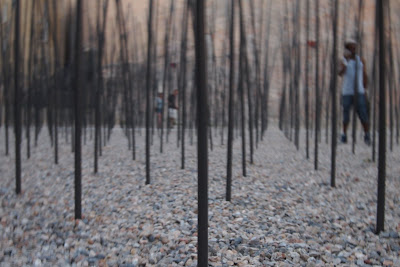 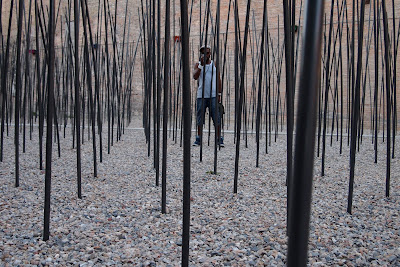 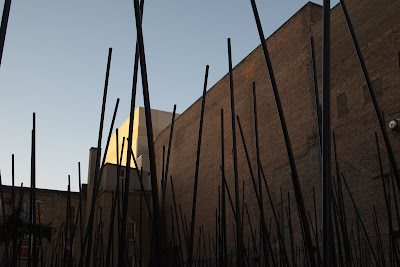 Posted by ronckytonk at 11:21 AM No comments: 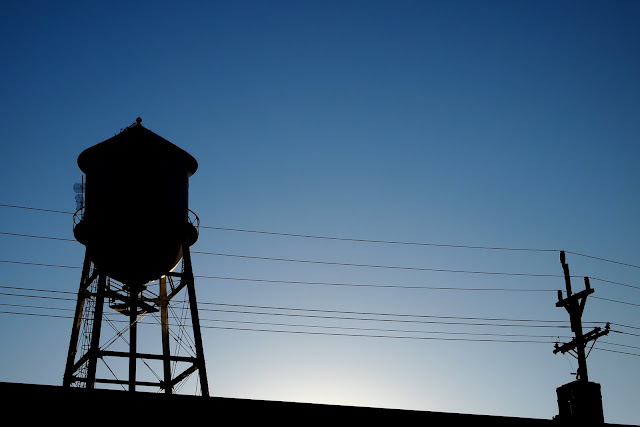 Posted by ronckytonk at 9:13 AM No comments:

Salt Lake City is beautiful. I've never had views of the Wasatch and Oquirrh mountain ranges like I have this week; every time we're driving on the highway between hotel and arena, I stare at the snow caps. Breathtaking. And yet almost all of my photos are of the street, partially because that's what I do and also because SLC has always appeared so pristine to me, I was convinced there's no grit or grime here. And now I have evidence that that's not the case. 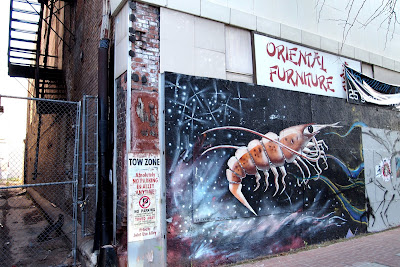 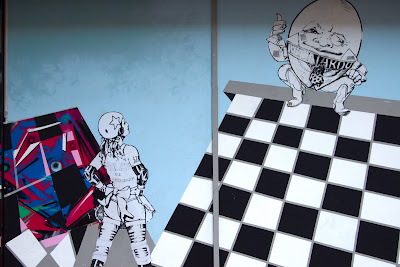 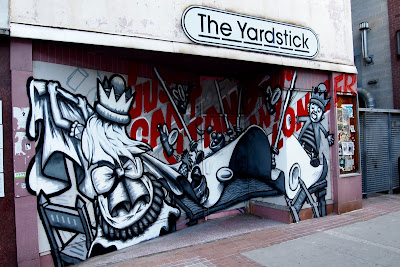 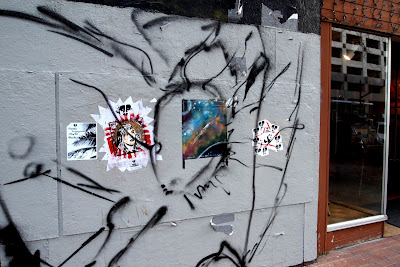 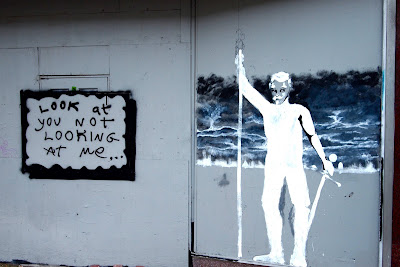 I read the following in Adam Gopnik's New Yorker piece, Life Studies, and it rang true:

Whatever professional competence we feel in adult life is less the sum of accomplishment than the absence of impossibility: it's really our relief at no longer having to do things we were never any good at doing in the first place -- relief at never again having to dissect a frog or memorize the periodic table.

He had me at periodic table.

I know that my adult achievements are real but if I'd been forced to be a math teacher I would have spent my life convinced I'm a big dummy. Also, I read this article while laying in bed eating Swedish Fish, something I wouldn't have been allowed to do as a child. Sweet, sweet adult freedom.
Posted by ronckytonk at 10:20 AM No comments: