I met two people three days and 50 decades apart who were both born in Prince Edward Island but from Alabama. So that happens a lot, then?

The band Alabama closed the show after us onstage. There was a lot of Alabama afoot. 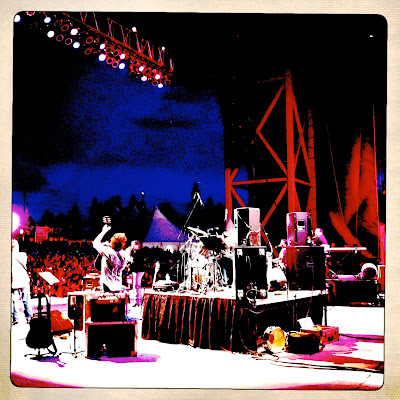 I realized again, it happens every time I go up there, that I really like Canada and mentioned this to my husband. He said, "You want to move AGAIN?" "No, I'm just saying we should get in on a Canadian time share or some shit." Spend a few quality weeks every year.

I don't know if something in particular provoked me or if it was just relative distance from America but I couldn't stop thinking politics. Quite literally, I laid in my bed and fumed.

1. Why is it "patriotic" to blame and villanize people from other countries for taking our jobs but perfectly fine for corporations to move their factories to other countries in order to pay people a fraction of what they would pay an American worker?

2. Why is it standard to complain about taxes and how we're being bled by the government but a-ok for our corporations to bank outside of the US and use loopholes to avoid taxes? Why wave your ham-handed fists at people desperate to work and survive and not the guy with four yachts who's doing much more to harm our collective good by giving back next to nothing?

3. I fully believe in higher taxes when collected by governments that take care of its people. I'm talking Sweden, Germany, and a host of other countries I'm not personally acquainted with. IT'S NOT COMMUNISM OR SOCIALISM if you can think what you want, say what you think, create what you imagine, study what you're interested in, and work in the job you're empassioned by. That's what I would term a healthy society, a social democracy.

I had a moment where I thought, "Oh, but Canada doesn't feel as diverse as I'd like," and then realized that maybe I was generalizing since I was on a small somewhat isolated island and ALSO: Canada wasn't as gung ho about African slavery as America. I'm bothered by the lack of "diversity" that is actually a sign of less slave trade? What kind of fucked up logic is that? I took it back (to myself, and now you).

On a less fumey note, the number of nice, nice people who said the following, sounding like sweet crosses between a scene from Fargo and a Kids in the Hall skit:

And finally, the teenaged boys in the row behind me on the flight out from PE Island to Toronto who were all up-talking like crazy but managed to sound endearing and not like abhorrent valley girls. One of them had never been out of the Maritimes (New Brunswick, Nova Scotia, PE Island) and was goggle-eyed as Toronto spread out below us.

"Geez, everyone in Toronto has a swimming pool?" 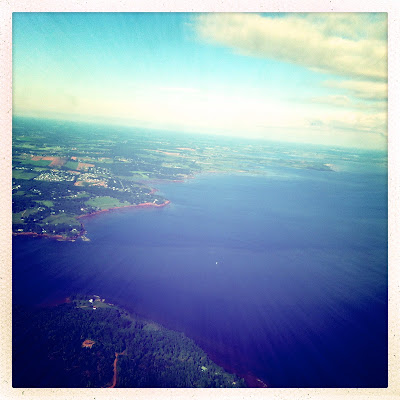 Posted by ronckytonk at 1:37 AM