I'm not always ecstatic to be in a place where patches of the sky resemble the color of barfed cornflakes. And while the patch over my neighborhood seems more blue and less smoggy than some, I'm reminded of the letter that Taryn sent from Colorado when I moved to Los Angeles:

"By the way, how is the air down there? You know that it only takes 8 minutes to ingest the recommended amount of pollution for a lifetime in parts of LA."

Bwahaha! I had to laugh because I imagined her writing that and then taking deep breaths of her fresh Colorado breeze as if she hadn't just diagnosed me with black lung. No big deal, Taryn! I try not to brood over the fact that whoever's job it is to recommended pollution levels knows that I'm already f'ed nine THOUSAND times over. I have better things to do. Like forget to put on suntan lotion and ride my bike without wearing a helmet.

This offer from the CEO of Metro for a week of free bus rides arrived in my mailbox today and it reminded me what hilarious interracial fun public transit can be in big smoggy cities like Los Angeles. Judging by the festive reactions of the ladies in this photo, that guy's story is AWESOME. What are they talking about? They're having such a seriously good time. If the LA Metro bus service is truly the nation's largest clean-burning compressed natural gas bus fleet like the pamphlet says, then I am impressed. It almost makes me want to stop cracking such snipey jokes about the city.

Of course, to escape the city I can always just run off to places like Big Sur to stare at trees and the paintings that hang from them, outrageously blue water, and elephant seals. This works well as a city antidote. And San Francisco! Jane's party for Tupac's would-be 36th birthday if he hadn't been gunned down in a drive-by shooting in Las Vegas 11 years ago is this weekend. I need a plane ticket to San Francisco. 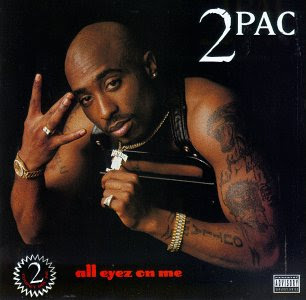 Hello there!!! I randomly stumbled across your blog, and your post http://ronckytonk.blogspot.com/2006/07/101-things-to-do-before-i-die.html startled me, because i literally JUST WROTE ABOUT That same book this morning!!!

anyway, I'm sort of just getting started on my blog, so I thought I'd say hi! I really like yours; i spent almost an hour reading!