My recommendation for anyone with terrible PMS is 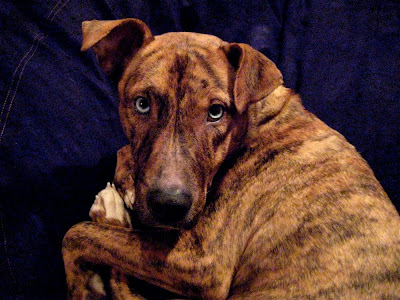 This is kind of day I was having on Tuesday: I was mad, at everything. Not just at my uterus but at my clothes, my own face, and the air. The air was on my last nerve. I had it so bad that I BOUGHT LUNCH FOR A NUN and it cheered me up for less than five minutes.

Matthew and I had had the dog idea for a few weeks and had gotten attached to a couple of dogs online who didn't work out. Through Petfinder we connected with adoption agencies, filled out paperwork, had a phone conversation or two, and were waiting for people to call us back.

Through this process, I realized just how particular - some might say prejudiced - I am. I was literally incapable of imagining a future with a long-haired dog. "Ew," I'd think when I saw a photo of a collie. Matthew and I agreed that I was kind of a bitch. "I'm sorry, I want our dog to be more like a pig," I said. That is, short-haired and maybe fat.

I was starting to feel like a animal racist, a charlatan among supposedly loving owners, and had to keep reminding myself that I was totally open to special needs animals, three-legged dogs etc, and not a bad person. 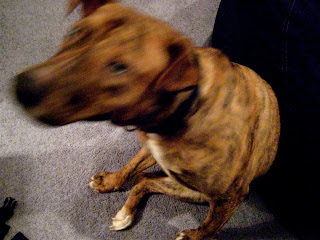 On Tuesday, PMS Ground Zero, I decided I was going to a shelter and coming home with a dog otherwise I would continue to get in fistfights with all the oxygen molecules invading my space.

I started at the Northside SPCA and spent almost two hours walking up and down the kennel, poking my fingers through the chain linked gates, and choking back the hose water, dogshit, and urine-scented atmosphere.

I took a few dogs out into the side yard to play with and observe but none of them called out my name, which is what I expected them to do. I wanted our eyes to meet through the chain link and I want to fall madly, deeply, into dog love. I also wanted them to be housetrained, good with my brother, and not a total spaz since we don't have a fenced yard.

It didn't happen so, dejected, I left. I called Matthew for the address of the other SPCA location in Sharonville and knowing that I was already sad and my pants were too tight, thought rush hour traffic on I-75 couldn't make matters much worse. 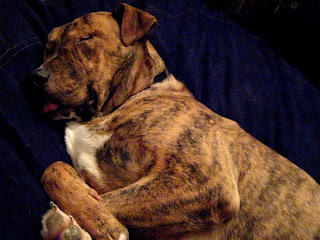 In Sharonville I perked up because the facility is nicer and newer with three kennels and MEET AND GREET ROOMS. I associate meet and greets with rows of Sharpies and 8x10s not a big red bucket of liver treats but whatever. I used the hell out of my meet and greet room.

I walked through the kennel, looked at the dogs through their glass doors, and wrote down at least ten tag numbers. I returned to the front desk, got the story on each, crossed a few off based on their history, and proceeded to annoy the crap out of the guy who had to bring me dog after dog, one after another.

When Matthew got off work, he drove up to meet me and I pointed out the ones I liked. We narrowed it down to two, went BACK to the meet and greet room, and another employee who didn't seem annoyed by my interview tactics, brought the dogs back. One of them, the one you see sleeping with her tongue stuck out in the photo above, caught my eye with her brindle stripes and blue eyes. She's a husky shar-pei mix, her name is Patsy, and when she licked my face my PMS disappeared. Swear.
Posted by ronckytonk at 12:52 PM

Patsy looks beautiful and I'm so excited that she has a positive effect on your PMS!

Your dad thinks you should have a contest wondering what Daisy is thinking while using the top photo of her. Here is my entry:

"Well girl, make up your mind! I have other people waiting to meet me."

Why does your dad call your dog daisy?

Also, your dog looks about 94.9% pitbull, which of course, is a good thing.

I can't wait to meet her. She looks like a honey.

Daisy was her SPCA name. We changed it to Patsy....

She is so cute! We will have to have a play date with Patsy & Surri! :)

She looks like the best idiot ever with the tongue and the napping, paws crossed. Snorgle. Snort.

You're such an animal racist TETA. ;-)
What a pretty dog! Can't wait to meet her and squeeze her. Does she liked to be squeezed?