The Librarian opened for Monstruobot at Silverlake Lounge on Nov 8. Matthew was all "Eh, I was okay," but really, it was fantastic. 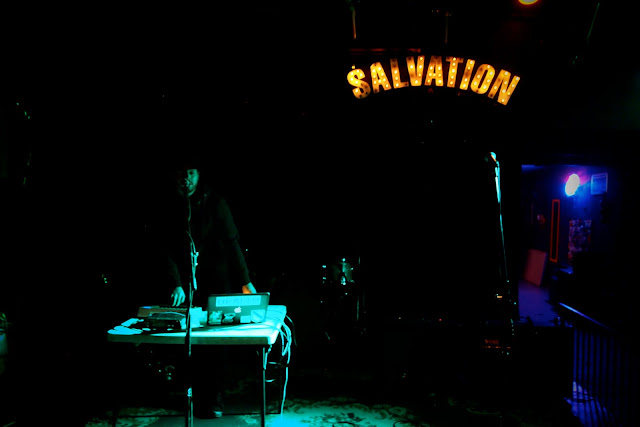 Monstruobot is Miguel Boxerinlove and Hota Martín, a duo from the Canary Islands. Matthew and Miguel have known each other online for several years but it was the first time they met in person, a joyous occasion because Hota was sweet and Miguel couldn't have been more warm and funny and silly if he'd been wearing a shirt printed of cats wearing eye patches. Oh, wait.

I tried to take a photo of him and his cat shirt but my camera konked out, only to magically start working later. My camera is not a cat person. Monstruobot wear orange prison jumpsuits onstage but are always open to new getups. I suggested a few but am way behind the curve because they have either already considered or tried my ideas: playing as bears or astronauts.

As for the type of music they make, I'm the world's worst at music description, especially for someone who works in music but also because people make up genres all the time and then act like they are A THING, YOU DIDN'T KNOW THAT? DUH so I looked online and found Monstruobot described as technoise pop, new wave chillwave post-punk, and "it's like if The Cure went all 'surf's up!'" Why didn't I think of that? Probably because I'm still stuck on trying to figure out Witch house and Shoegaze. 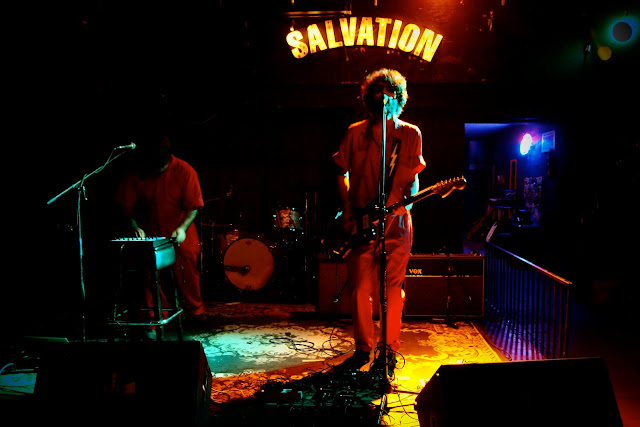 Posted by ronckytonk at 6:48 PM