23 shots of the summer 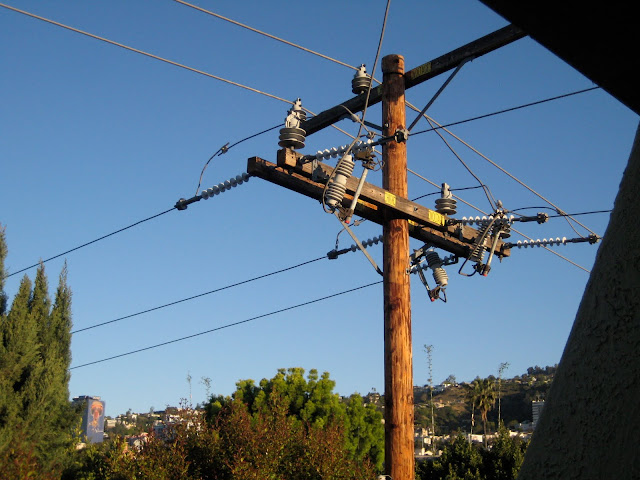 This is a view from the Los Angeles hotel room.

Let this represent the end of May through June since I didn't take a photo in the car. When I wasn't at the hotel, I was at the office or rehearsal studio. I also spent hours and hours in the rental car with Kevin driving between hotel and studio.

After disagreeing about whose route takes the longest, I think we both agree that they both take A FUCK OF A LONG TIME. If there is a hell it looks like Lankershim Avenue. 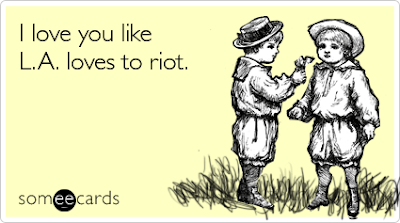 Matthew sent me this after downtown Los Angeles was lit on fire over a basketball game.

I happened to be at the office the day that the Lakers beat the Boston Celtics and since I know dipsquat about professional sports I was clueless as to why every single person on my floor left early. I was seriously ALONE. I presume they all left to watch the game. Or they all had dentist appointments. 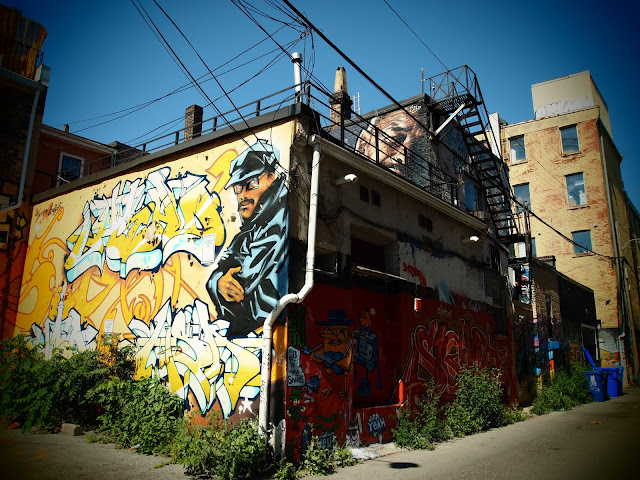 I like this Toronto corner. I like Toronto in general. To be perfectly honest, I'm kind of pissed off that I'm not Canadian. 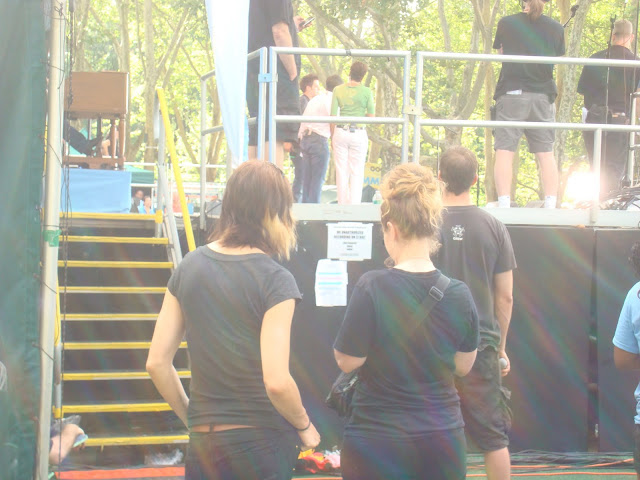 Me in Manchester, NH being not amused.
Photo: Kevin Mann 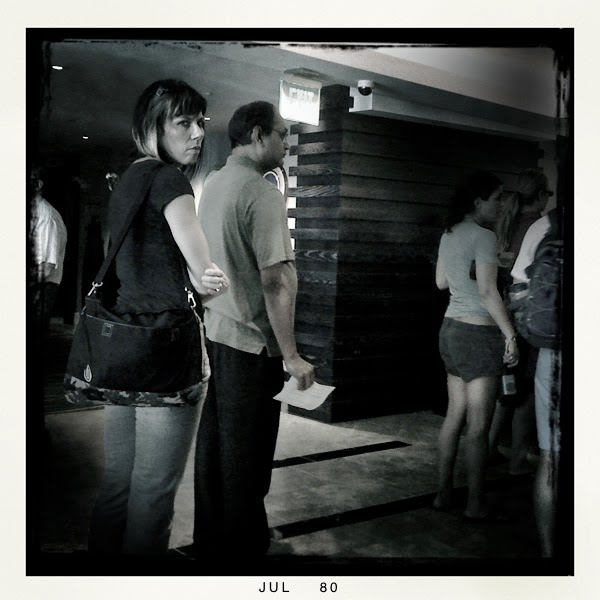 Me in Washington, DC being not amused.
Photo: Kevin Mann 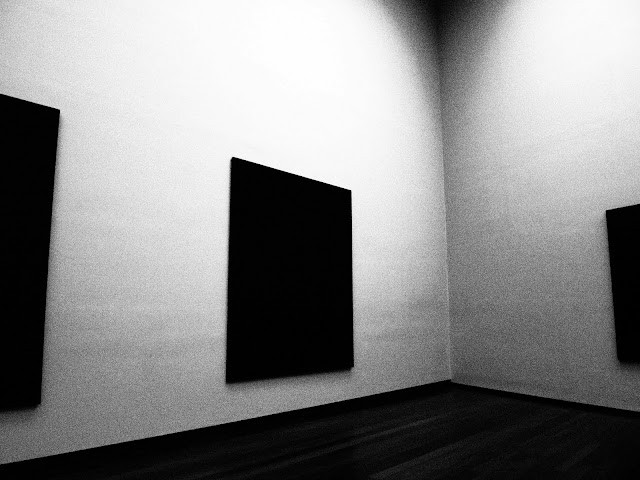 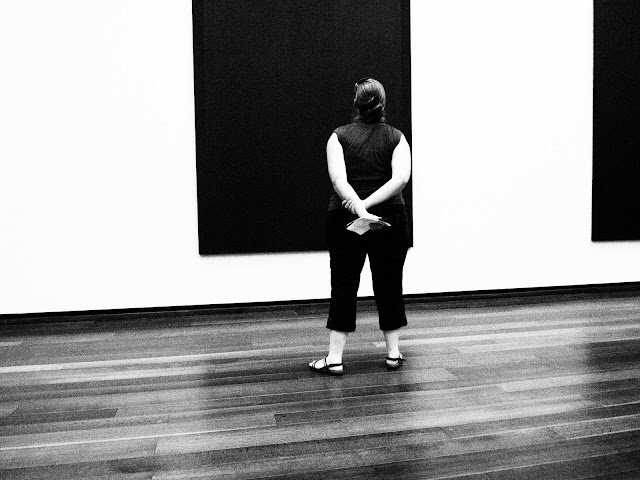 On a day off in Washington DC I walked to the National Gallery of Art. I stopped at the Rothko exhibit, sat on a bench in the middle of the room, and watched people look at black canvases. Ha ha.

What do they see when they look at a big black square? What are they thinking?

According to the exhibit materials, Rothko painted the black collection in 1964 and the gallery invites us to question the simple equation of darkness and despair and to re-imagine blackness as a medium of light - nuanced, expansive, and even hopeful. 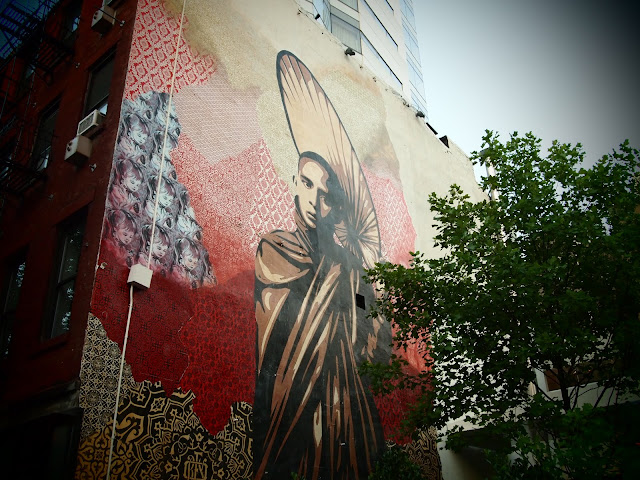 A wall in New York, NY 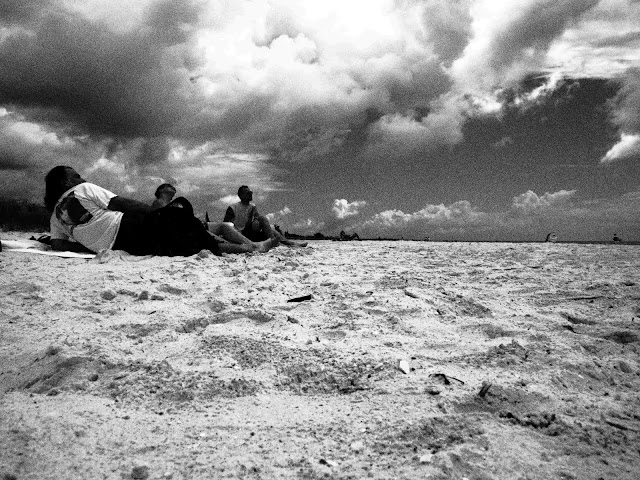 In Tampa I spent the first half of the day working. At 2 pm I went to the beach and roamed around taking photos like this. 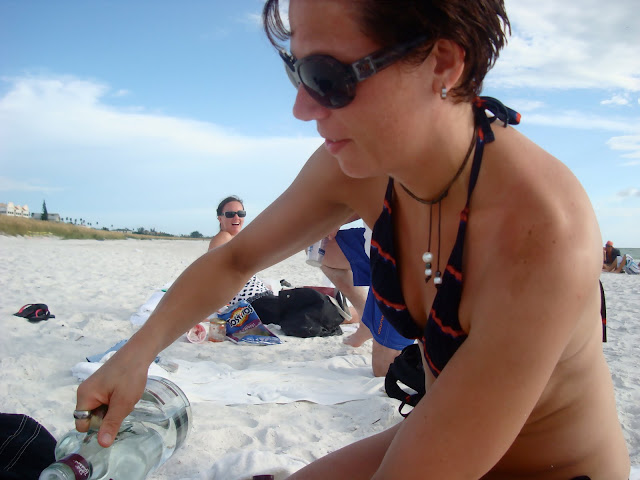 A few hours later someone who shall remain nameless, okay it was Neil Wilson, plunked down next to me, spread out his towel and handed me a giant bottle of Stoli Blakberi.

This photo represents the beginning of the end and by end I mean I think I'm due for a blackout, it's been awhile. Take that, everyone who's been saying I work too much. 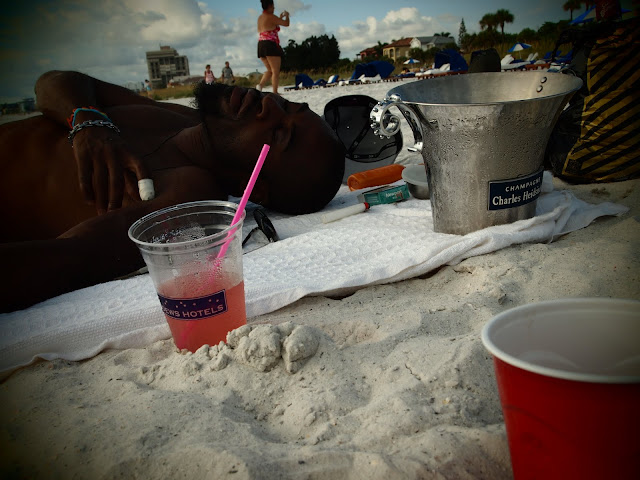 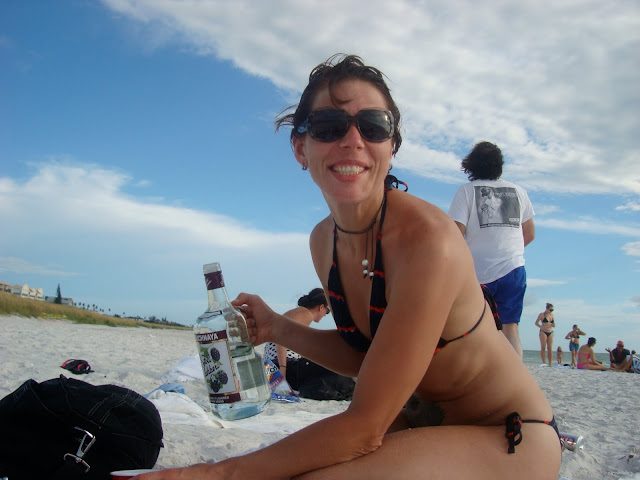 The good news is that when I'm in a blackout I just get really happy. And mellow. And no one ever has any idea that I'm that drunk. The bad news is braincells. Ah, well. 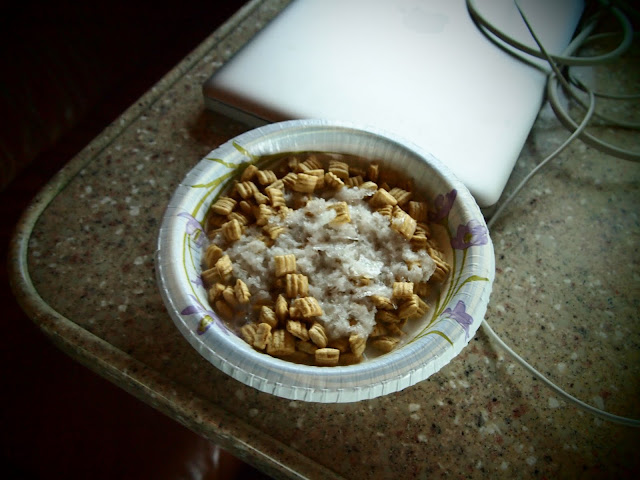 On a long drive from Florida to Texas, Monica goes to have cereal in the front lounge. The milk from the fridge pours out in icicles. She eats it anyway. 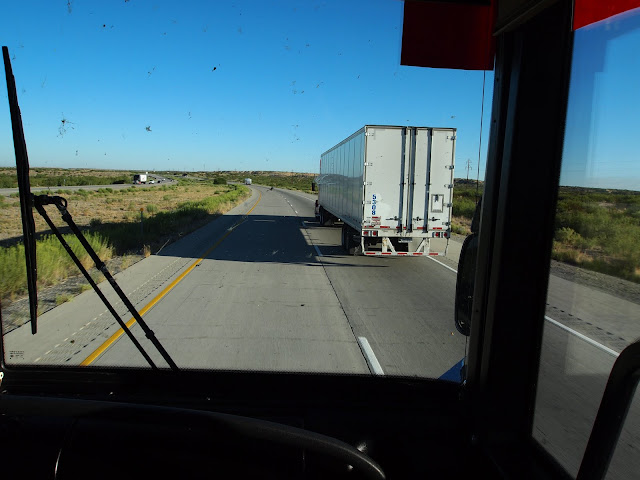 On a long drive from Texas to Arizona, I wake up to this. It goes on for awhile. 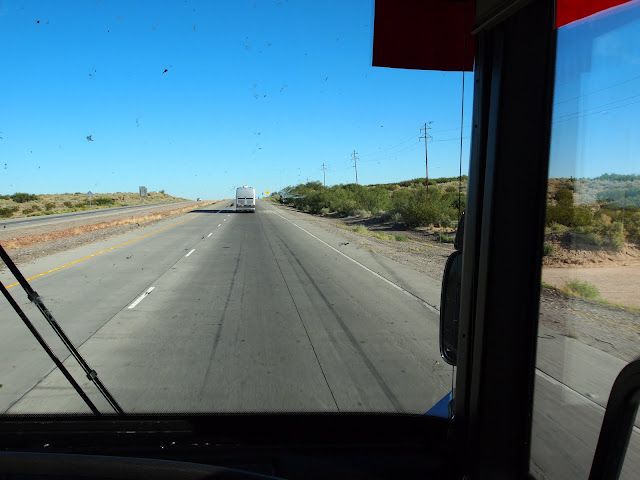 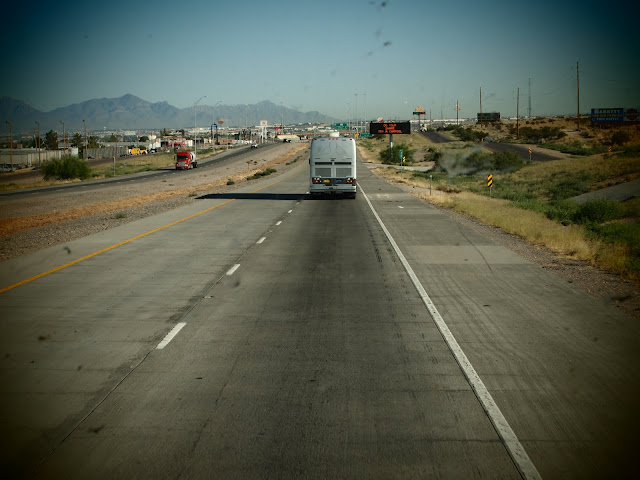 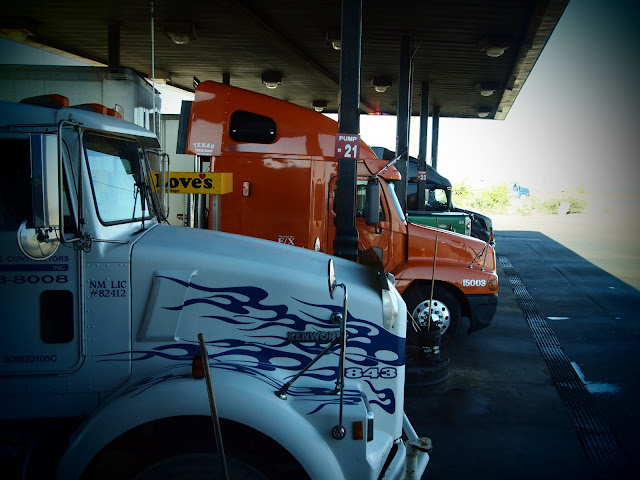 A truckstop in Arizona 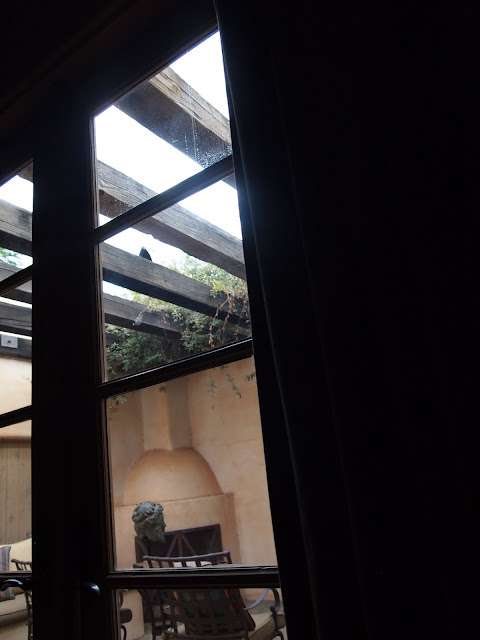 In my hotel room in Phoenix was a head. When you sat on the couch it stared at you WITH NO EYES. I read a book across from it and kept looking up at its black eye holes. I got increasingly more unnerved and eventually defaulted to one of my fear modes.

Demons. The head was a portal for a demon and I'M NEXT.

When Monica, Kevin, and Leila stopped by I asked them if the head was creepy and they said, resoundingly, yes. I put the head on the floor, facing the wall. That somehow made it worse. Kevin put it at the foot of my bed and they all laughed and I actually got a little pissed off until he moved it. Eventually, I put the head outside. 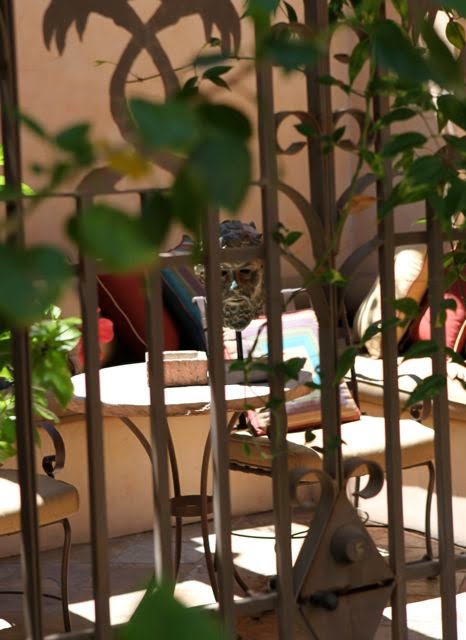 This is what it looked like if you walked by the patio.
Photo: Tim Urban 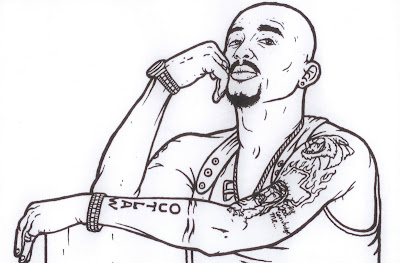 In Los Angeles my boss gave me a wedding present, part of which was a Gangsta Rap Coloring Book. 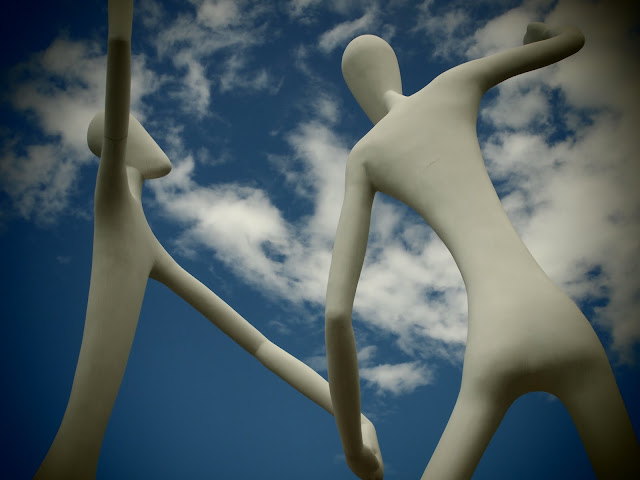 A giant statue in Denver, CO 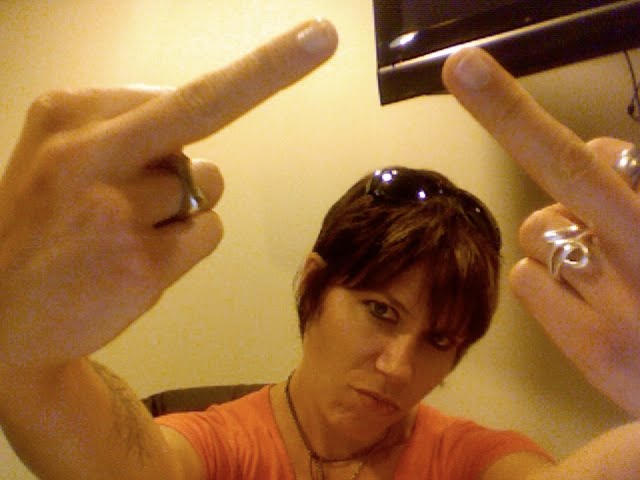 Towards the end of the tour, I was keeping photos like this on my desktop and sending them to people WHO SHARE MY SENSE OF HUMOR when they wanted something. You want to send a fax? Go eff yourself. I'm going home. Love ya.
xx
Posted by ronckytonk at 9:48 PM

aaaawww, the summer. I miss it.