I was in my kitchen cooking dinner with my mom when Matthew walked in with tears in his eyes and said that Livia had died. I had things in my hands, spatulas or spoons or spices I don't know, and I stood and stared at him, uncomprehending. "Livia?" I asked. I hugged him and he cried and I felt a dull, flat shock.

I didn't know Livia well but we had friends in common and she was someone in a larger group of people who I was always happy to bump into. We always hugged each other and talked a bit, about whatever. I learned more about her this week than I did all year long: that she'd recently bought a house, adopted a pit bull mix named Ellie Mae, and started a new job. That she was from Massachusetts and 32 years old. I already knew she had tons of friends who loved her. The night she was killed she posted a photo on Instagram playing darts at a bar in East Nashville with a comment about how how Nashville has given her the best girlfriends.

Four days later I went to Livia's memorial and that's when it hit me. Songs that I imagine were her favorites were playing and photos of her were scattered on the tables. I sat at a table in the back, looked at a photo, and another, and another, and then had to stop. And it was weird: my right eye started crying, just streaming tears while my left eye stayed dry. I wiped at my right eye and my runny nose with my arm warmer and I looked around the room at strangers I only recognized from reading Livia's Facebook wall for four days. I felt raw and sad and when I recognized her mom and brother and best friend from online photos, I couldn't fathom their grief. I also couldn't imagine what I could possibly share with anyone there, not the last conversation I'd had with her at a New Year's party because it was NSFW and/or Memorials and I didn't have much more than that. Except for the overwhelming sense that what happened to Livia could have so easily been any of us.

Livia went to a couple of East Nashville bars on a Wednesday night. A friend walked her out to a cab before last call; she was found around 5 am in the street, a block away from her home. She died of a head injury. The news and the police have been calling her death a hit and run but this doesn't make any sense to me. Why was she a block from home? She did what we're told to do. The bar she was at is one we all go to. We know that there are police all over 5 Points and you shouldn't drive after drinking. The first night I ever went to that bar, a guy from an adjoining table got a DUI not 10 minutes after trying to drive away. We all know to get cabs if we need to. WHY the FUCK didn't Livia get home alive?

The driver hasn't come forward. The cops haven't yet been able to find out who drove her cab. When asked if they are cooperating with the investigation, Yellow Cab said no comment.

Whenever someone young dies it's called senseless but it's always senseless for different reasons. Sometimes people make stupid choices. Sometimes people take risks for their own reasons, damn the consequences. Sometimes they get sick. There are million reasons young people die and a million directions in which to point a finger and say IF ONLY THAT detail had been different. But I can't find a thing to point at here. Livia didn't do anything wrong. She was doing what we all would do.

I went to a community meeting yesterday and a cop told me something I suppose I know but don't usually worry about: it's not safe to get in a cab alone. Um, I GUESS NOT. Right now I don't want to get in a Nashville cab ever again. Am I being dramatic and overly reactive? Maybe, and I don't care. He also said, and this was news to me, that cabs that are called through dispatch are logged while cabs that are hailed on streets are not always called in by the drivers. The drivers are supposed to but they don't always do it. Those rides might be off the books.

I read an article online about a case with Nashville Yellow Cab two years ago in which a driver was accused of raping a female passenger. I don't know whether he was convicted but what stood out to me is that the cab company didn't cooperate with the investigation until they were under court order to do so. When they did release their records, the driver was identified by a photo and it was determined that he signed in under a false name that night. My mind is now officially blown. This is EXTREMELY DISTURBING.

I'm trying not to think too hard about the details of the night that left Livia so close to home but not quite. I'm skittish enough already. I saw two stupid almost-accidents today. I rode my bike home last night from Amanda's house with a snug helmet and lots of flashing red safety lights and still kept to the sidewalks as much as I could even though I firmly believe cyclists should share the roads with cars. Drivers are careless here. But that's the thing: Livia wasn't a careless person and while it may have been a hit and run, my gut feeling is that what happened to Livia wasn't because someone else was careless. I'm instinctively so, so mad and afraid that it was more than that.

I didn't get to know Livia better this year even though I wanted to because I figured we'd have time. No one was going anywhere. Except. Except. 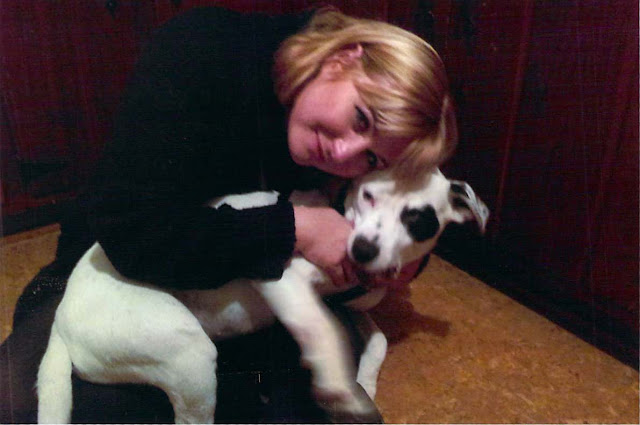 Posted by ronckytonk at 4:18 PM