The dark side of smiley face ties

I have mixed feelings about positive thinking which is weird because I like being positive. I’m probably annoying, I'm can be so positive. I couldn’t wait, when I was younger, to find out what would happen next. Regardless of sharp mood swings, I had an innate trust that I could do anything, anywhere. Be anyone. Name it. Give me an idea. I'll figure out the details later. I'll send you a postcard. I owned that optimism.

Around age 30 I got discouraged because I wasn't sure what my point was. I felt like I was just drifting around collecting experiences, but for what? Was I really committing to anything or did I always have one foot out the door, at least wedging it open, if not kicking it down?

These days I have as many questions about my life as I ever have but I’m back to that comforting state in which the answers, answers I don't know yet, are exciting, not worrying. For a while there I was worried. When I had lunch with Ingrid and LAM in Seattle last fall, LAM said, "You're GOOD at exits." That comment stopped me in my tracks. She was talking about me quitting my publishing job when I knew for sure that it didn’t make me happy, when I resisted the unbelievably tempting offer of an office WITH A WINDOW.

A window! For me?? Another physical remind of the world out there that I’m not participating in the way I want to be? AND a promotion consisting of a better title with the same shitty pay and backstabbing co-workers? I’d be a fool to say no!

She was also talking about how I'd just quit an unhealthy relationship, left a message on my phone telling people I was on the beach drinking out of a coconut, and went to Mexico. When I decide to act, I don’t usually waste time. Part of me felt proud when LAM said that I’m good at exits because I like that when necessary, I say Oh hell naw. I have my patterns and not all of them are good but I don’t get stuck in many ruts. I am rut-phobic.

I thought for a minute, "Yeah. But I wish there were less situations that I need to exit."

She and Ingrid lifted their eyebrows and nodded with consideration. Since that lunch I’ve had a kick ass year and am shaking my pom poms for the one ahead. I’m back in action, suckas! But still I get stuck on the concept of being positive. Are we supposed to be positive ALL THE TIME because there are things - some big and some small - that make me feel really negative. 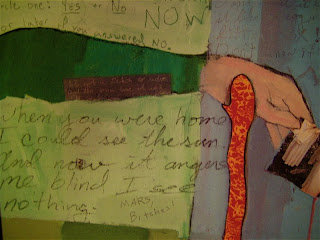 That sentence alone alerts the annoying imaginary life coach who whispers in my ear: Nothing can MAKE you negative. You DECIDE to be negative, Jessica Ann Roncker.

And my honest immediate reaction, "Go fuck yourself," sounds another alarm. THAT was defensive! Why am I so defensive? Wait, what about just being human for a minute? What about wallowing and wailing and being pissed and sad and mad?

My annoying imaginary life coach is not unlike the doctor at the natural health clinic in Seattle who talked me into letting him do some craniosacral massage on me. Which is to say I basically let him MASSAGE MY AURA. I know. Don’t ask. I was living in the Pacific Northwest. This doctor guy ended up hurting my aura. He whipped his hands over and around my body and my body started aching in response. No shit. The pain upset me and he and his smiley-face tie – the tie that should have been my sign to get the hell out of there before I let him go all Rambo on my personal energy field – leaned in close and whispered, "You’re in a safe space…"

That’s nice, dude, but YOU ARE NOT. I don’t know what Wiccan drum circle you earned your degree from or why I let you get an inch away from my ear but I am this close to grabbing your smiley face tie and choking you with it.

Lately anything fake makes me negative. Fake human interaction, fake customer service voices, and anything two-faced or insincere makes me want to scream. I was headed to the pool at the St. Louis hotel and asked the women working in the spa area where I could buy a coffee. One of them was telling me about the café downstairs when another cut her off, "Or you can order poolside and we’ll bring it to you."

I’m not into glossy perfection. I don’t think it exists outside the world of marketing. It’s an image, an inhuman image, and I don’t trust it. Part of this world is the marketing of positivity. The whole create your own destiny / manifest what you want / the law of attraction / your thoughts become reality. Clearly I believe in all of these things; I’ve been using my imagination and making my ideas happen for years. I think the philosophy goes too far, though, when it turns against the person it’s supposed to help.

But what if you don’t get well and you’re still sick and you still can’t pay the rent? That supposedly has nothing to do with cell growth or health insurance or the job market. No, you just weren’t positive enough. Instead of getting you to take some responsibility, it tells you that you have total control. Everything happening to you, you allowed to happen. You created it. If you need $10,000 and you keep imagining a $10,000 check coming in the mail and it doesn’t, well, you fucked up. Except don’t use the word fuck because that’s negative.

Keep smiling and keep spinning the story. God, it gets to me. It makes me want to do all kinds of things not condoned by The Secret. Or the police. 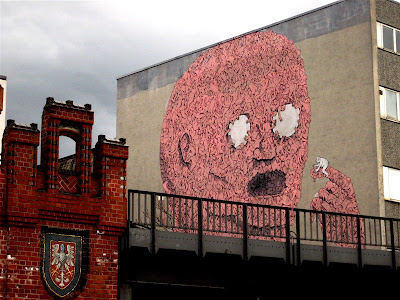 So what about this contradiction of mine with positive thinking?

All I can come up with is smile when I feel like it, frown when I don’t. Do the most I can with what I have. Love the people I love. Be as positive and hopeful as possible without being a control freak. I don’t know what else makes sense.
Posted by ronckytonk at 1:27 AM

wow, great blog TeTa. You have summarized the struggle that has been taking place in my brain and my life for about the last week (maybe more).

ha, as if you, of all folks could be fake or do the fake smile... and that is something that is so inspiring about you. i like the unapologetic-ness we get with you. so inspiring and f'ing refreshing.

it's like you're reading my mind lately. just thinking about this very thing earlier and kind of all the time, really.

keep on frowning as you feel like and you know, waving those pom-poms.