Keep your shoes on

When bus touring you must remember that you're living with (in my case) ten other people in a very small space.You have your own bunk but it's the size of a coffin and you don't have doors, you have curtains, so don't talk on the phone. You're sharing a room with ten people. They may be friends. They may be colleagues. Either way, shut up.

Do not leave open bottles or cups on the kitchen counter. Or large party-sized glass bottles of gin and/or vodka. They will slide off the counter when the bus takes a turn and that is sad.

Clean up after yourself. Whether you are a wildly famous television star who gets 50 lbs of gifts every night from fans or you're a faceless member of the crew, don't leave your stuff laying around. It will be thrown away and you will be cursed, both to your face and behind your back.

After a long day it's perfectly natural to want to kick off your shoes and take a load off. Please be aware that if your feet stink because they've been cooped up in your disgusting shoes all day, someone will notice. Someone will notice, not because they want to notice, but because you've put them in the position of noticing.

I was in the front lounge last night with Neil and Geoff. Neil and I were on the couch talking when I caught a WHIFF. I stopped talking and did a slow motion wave beneath my nose while casting wide-eyed glances towards Geoff's feet which had just lost their Adidas.

We stared at each other, not knowing whether to laugh or cry, and silently rose from the couch. He disappeared into the bathroom to grab the Glade. I found the industrial-strength Ozium in the kitchen cabinet but Neil beat me to it and sprayed the hell out of Geoff's feet beneath the front lounge table.

"Yeah? You have a problem?" Geoff said while tearing his socks off his feet and flinging them at Neil's head.

I shrieked and ducked into the bathroom.

In the bathroom I sensed that something was up on the other side of the door. It was unnaturally, suddenly, quiet. 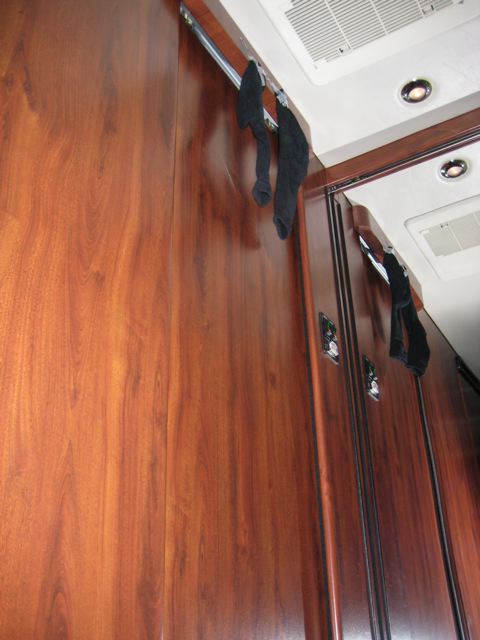 I peeked out the door and saw Geoff sitting on the floor with a camera. Another bad sign. I yelped and closed the door.

"You can't stay in there all night!" One of them yelled from the other side.

I opened the door again and crept out with my hands cupped around my eyes. I looked through my fingers at them, didn't see anything, turned around to close the door, looked up and screamed. 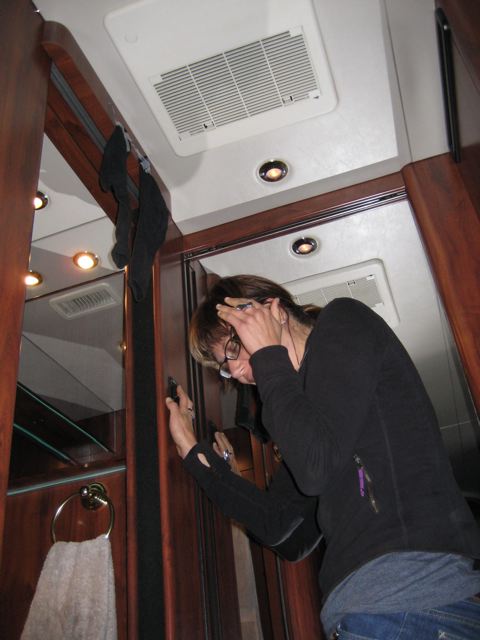 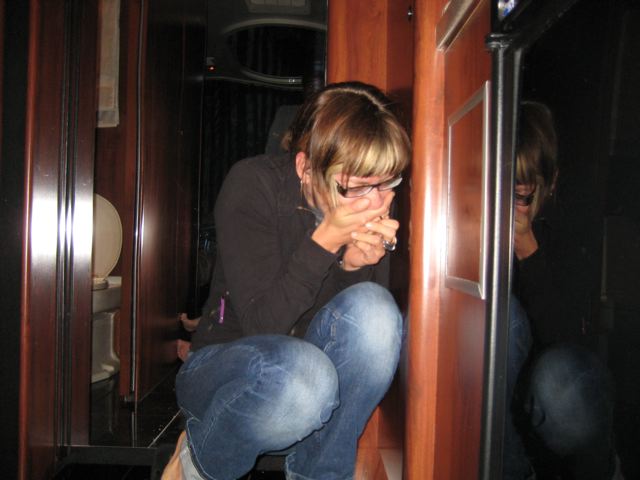 Posted by ronckytonk at 1:21 AM