People have been asking me lately how I feel about this move: what I'm going to miss, what I'm looking forward to, and what I've learned in these last two years at home. I haven't answered any of the questions quickly or in full and especially feel, with regards to what I've learned, that it's going to take some distance to realize everything. The most immediate answer, however, to what I'll miss is family especially - sob! - my brother.

I picked Neill up from his house last night and one of his caregivers, Mike, was standing at the door when I came in. He took a photo of us with his camera. 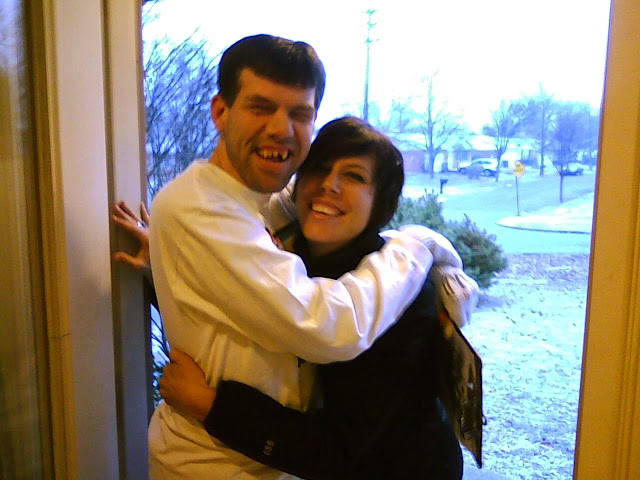 We went to my favorite Mexican restaurant where Neill politely removed his seizure helmet, his gloves, and promptly inhaled an entire basket of tortilla chips. He was cracking me up by how he was parroting me to the server. When I asked for extra napkins and said thanks, Neill followed up quickly, "FANKS!" When I asked for water, Neill repeated, "WATER!" The server was cool and referred to Neill a few times as sir.

Also, a large group of servers gathered on the other side of our booth to have a heated discussion in rapid Spanish involving the word peleando. Because my Spanish is rusty, I couldn't figure out if they were talking about someone getting the shit beaten out of them or scoring a goal. I still don't know. Regardless, Neill stared at them with a huge smile on his face, a chip in his hand frozen halfway to his mouth, and looked like he was totally on the verge of laughing at them.

In the car I told Neill that I'm moving and that I'm not going to see him for awhile. I told him that it made me sad and he looked straight at me and said, "Boo-hoo." What a punk.

When we got back to his house, I hung out for a bit and dragged out the goodbyes. At one point, I kissed Neill on his cheek and he let me until suddenly he pulled away and we both started laughing. Mike caught that on camera too. 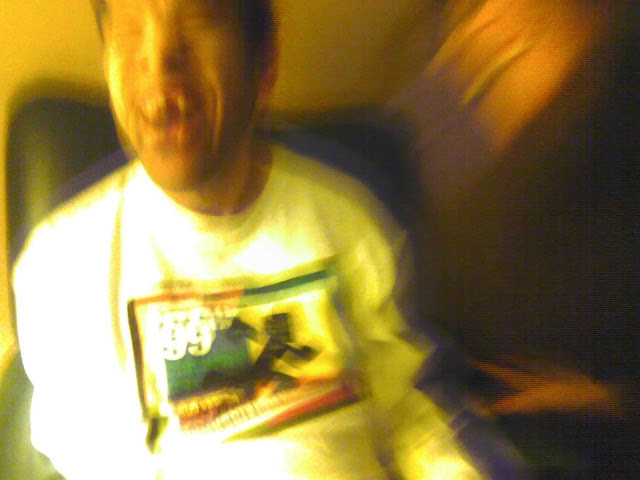 I stalled some more, played with his plastic alligator and snake and admired the toy police truck he got for Christmas. When I was driving home, Mike sent me one last photo, of Neill in his chair, photo of us in his hand. Mike said he keeps this photo on the table next to his chair at all times. I'll miss you, buddy. 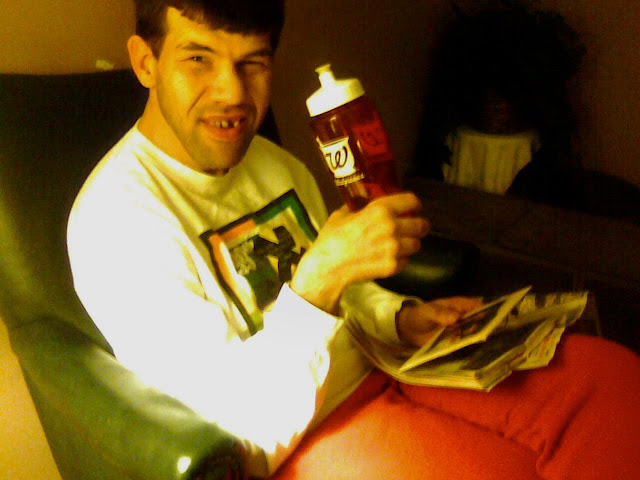 Posted by ronckytonk at 3:37 PM

Neil, seems like a really amazing person! Thanks for sharing.

Moving can be a difficult decision because it forces ourselves out of our comfort zones. Friends, family, and local acquaintances are all safe things. We know them. A lot has been done to reinforce each relationship.

When a move is planned we acknowledge that change is inevitable. The scenery, strangers,new adventures are all merely pieces of imagination that cannot be reality because they all wait to be experienced.

I feel that is the hidden treasure to moving. The unpredictable creates our next chapter of life. Each book is different when it ends. But how will your story read?

this kills me. all of it. my eyes filled up with tears and then I thought..."BOO-HOO!"