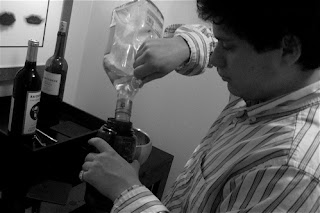 What's wrong about this photo:

1. It's Jane's little brother who's ten years younger than us.

2. I've supplied him with a giant bottle of tequila that he's pouring into a Nalgene bottle.

Which he will most likely start drinking. 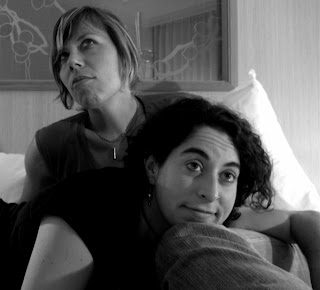 3. AT LEAST he's of legal drinking age, which is more than I can say about the last time I got him drunk in the middle of the night in a midtown Manhattan alley.

4. I only had two glasses and Jane and I called dibs, so John, NOT RELUCTANTLY, got the Nalgene.
Posted by ronckytonk at 1:41 PM