Back in college I spent whatever free time that wasn't sucked up cavorting around bonfires and drum circles researching cultural studies and public health, women's health in particular. I loved the subject of women's health and anything related to the cultural interpretation and treatment of women's bodies. Wanna discuss menstruation? Awesome, I could go on for hours! Abortion? Birth? Party!

I volunteered at Safeplace, a women's shelter for ladies getting out of violent relationships, and was a legal advocate for those who filed protection orders. When I moved to Seattle a few years later, I wanted to help women be in control of whatever decision they made about whether to have babies or not and almost became a volunteer advocate at an abortion clinic. In the end, I trained to be a childbirth assistant, or doula.

I took a class at the Seattle Midwifery School on how to give emotional, physical, and informational support to laboring women and attended births until it became too hard to manage with the rest of my work schedule. Because fetuses don't tend to care if you're scheduled to bartend on the night they decide to make their big debut and the people you work with don't like to keep covering for you at the last minute. It was around this time that Sunny's then-boyfriend/now-husband was out in the Seattle area doing interviews for a freelance article and Sunny said he and I should hang out.

I hadn't yet decided whether Shane was a keeper or, as he put it, THE ONE. Shane came to the pub to drink and play pool during my shift and asked me if I thought he was THE ONE for Sunny. I froze and didn't say a word. Awkward! I have got to learn how to lie better. But, quite honestly, Shane had a lot more proving to do. If not to Sunny, then to me.

We recovered from that overly honest moment and bonded that night to the point that I started saying hi to him when I called their apartment in Chicago and didn't just ask for Sunny immediately. Shane also started to tease me about being a doula, or as he calls it, a mahdoula. Shane cracked mahdoula jokes at my expense for years but guess who's happy I'm a doula now since I'm attending the birth of their kid soon?

In my role as #1 mahdoula, I recently spent some time reading about childbirth and remembering what doulas actually do since it's been so long. Last weekend I took the bus to Chicago to talk to them about the good times ahead and I brought materials, comics that I'd made for the occasion. 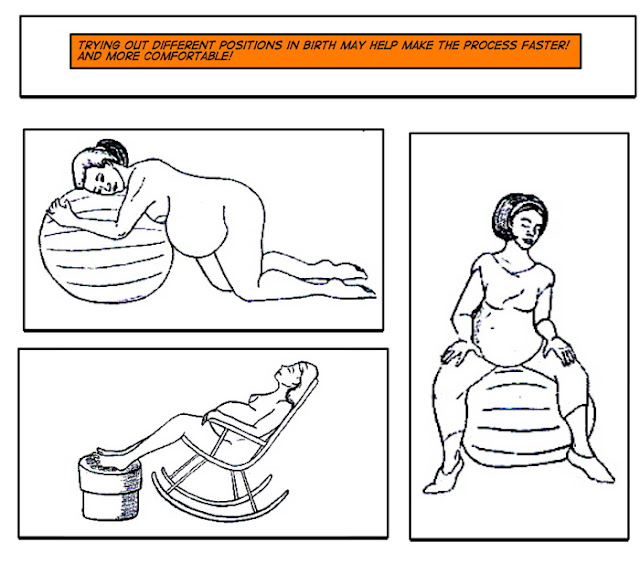 Some were more useful than others. 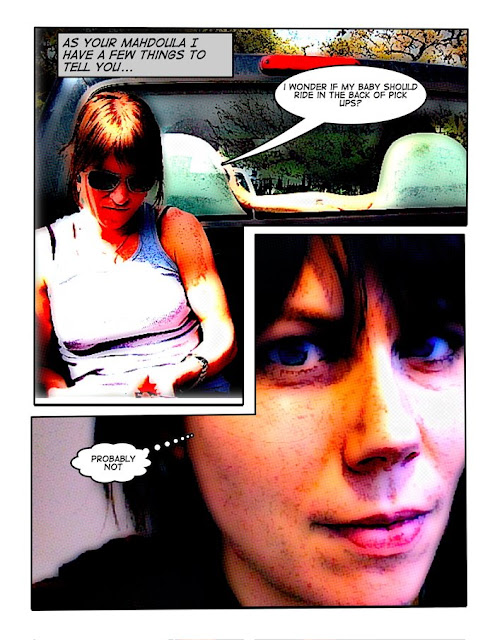 Hopefully their baby comes out so easily that Sunny never gets to this point. 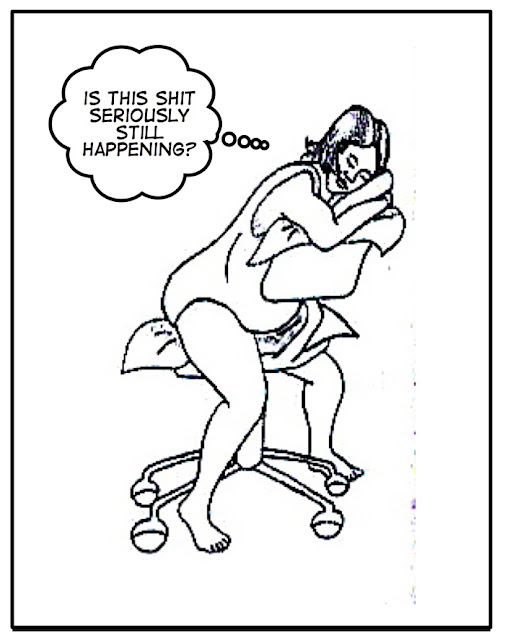 Posted by ronckytonk at 3:09 PM