A few days ago I got mail from Gunnison, Colorado, from my friend Taryn's daughter's kindergarten teacher. Kiora is in kindergarten, what the hell! The last time I was in Colorado, Kiora was six months old. She was scooting around the kitchen, laughing in one of those rolling baby walkers and Taryn was chasing her. And now she's in kindergarten. Aging! Why are you always such a surprise?

Inside the envelope was a paper bunny that Kiora colored and a letter informing me that the bunny is named Felix. Kiora's teacher is reading a book to the class about a rabbit that gets lost in an airport and ends up traveling all over. Felix sends pictures and postcards back to the class and writes about where he is and the kids learn about geography. So Felix was in Oceanside this weekend, something I did not take lightly.

Matthew made a cardboard-cutout backing for Felix and glued them together so that he wouldn't be so flimsy. This also left us with a Felix stencil which is RAD. If I ever learn how to spray paint without getting it all over my hands, I may start leaving my mark around town. If you ever hear of some cool new bunny tagging by a street artist named Felix, please do not tell on me.

As I brought Felix around, I really started thinking about how to make it educational. Flora, fauna, genus, species. Totally tapped into the kind of Montessori project I grew up on. Obviously, Felix went to the beach. You know that is expected from a place called OCEANSIDE. I then countered with a marsh. Ha! Wetlands! Weren't expecting that were you? I took photos of the scientific names of trees that were handily displayed courtesy of the local Audubon Society and had to keep reminding myself that the kids are only six years old and not in AP Biology. I will be sure to tell them, however, that the Oceanside Pier is the longest wooden pier on the western US coastline.

Not all the photos I took will be sent to the teacher, like the one of Felix riding my unicorn statue. They might go to Taryn or be the start of a new Felix comic. 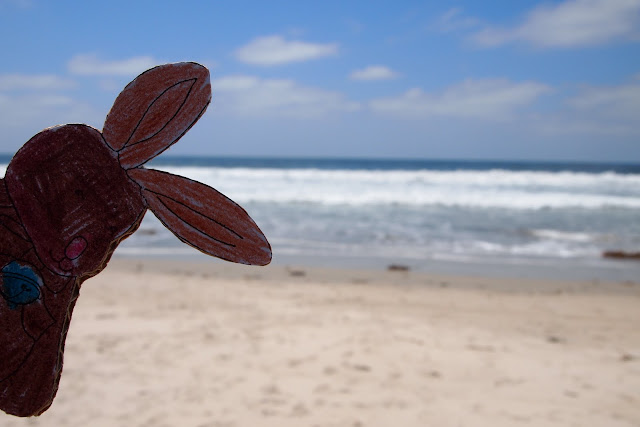 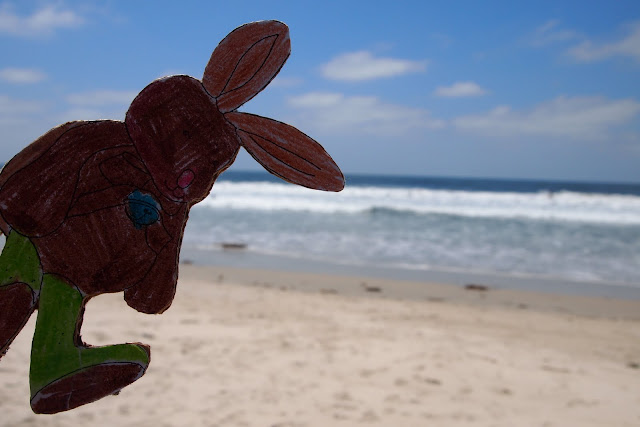 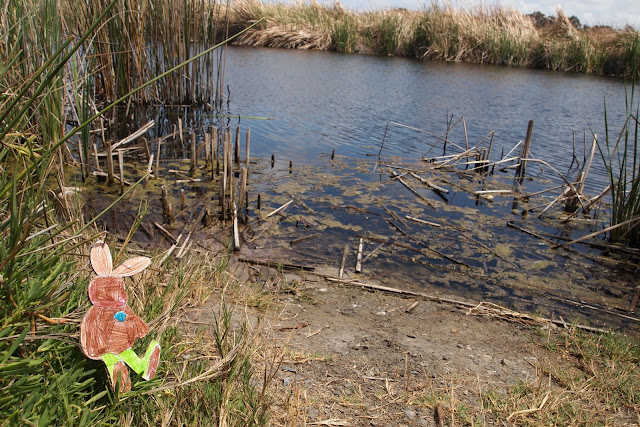 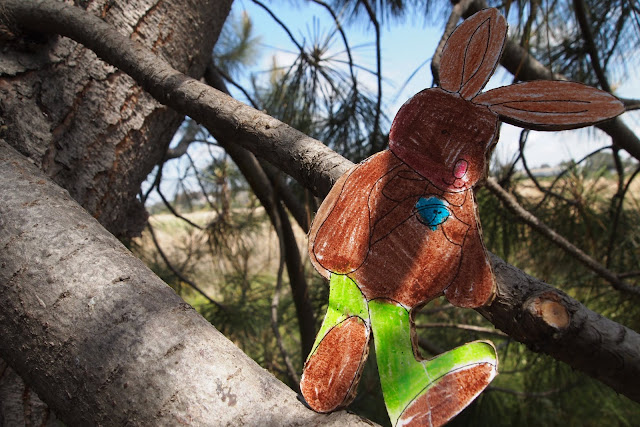 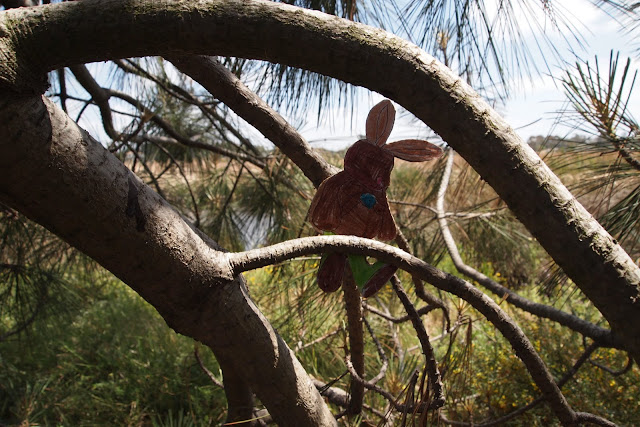 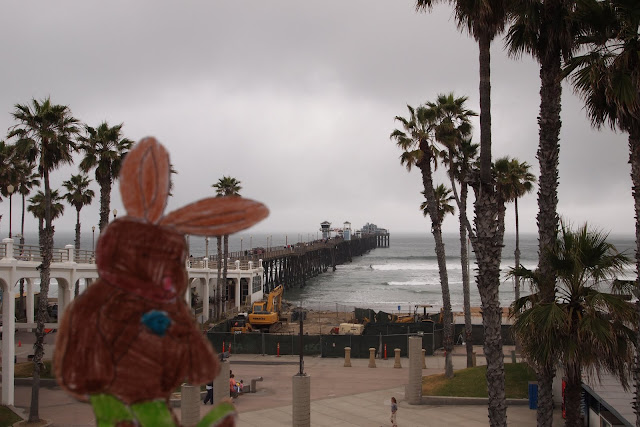 oh my god, i love this project & your montessori self.

new york city is putting in an application for felix. we will 1) take him rock climbing 2) to coney island 3) lots of other places

Chickey, you have yourself a deal. I am dying to see him rockclimb...