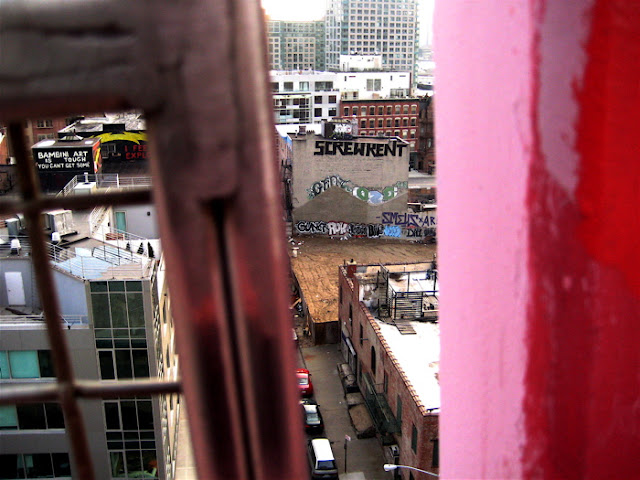 New York has always been a place of extremes for me, difficult to balance. This, of course, makes it equally inspiring and tiring.

The first times I visited New York as an adult, I stayed with a friend on the Upper West Side. We spent a minimum of time in his studio where one small space tripled as bedroom, living room and kitchenette.

Those weekends were spent taking trains, catching cabs, talking to strangers in lofts, dancing in clubs and I never knew where I was. The only geographical marker I had was the breakfast place on Broadway around the corner from his apartment, where I bought bagels with veggie cream cheese. Before going out at night, we'd put a hundred dollar bill in one pocket, ID in another and go. The rest was a blur. 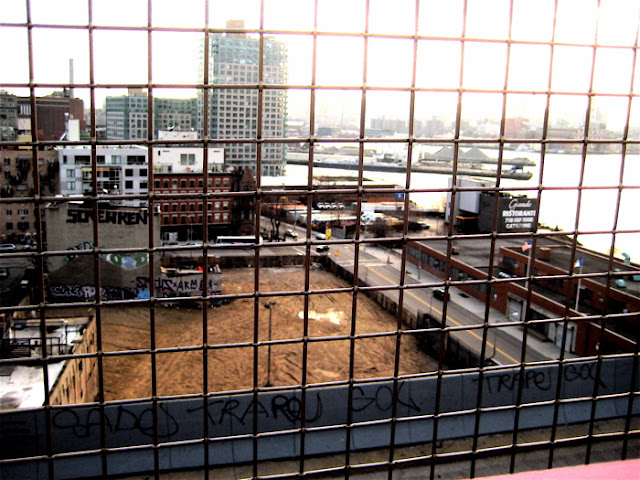 When I moved from Seattle to  New York, I lived the first few months in Williamsburg, Brooklyn. My "room" had been carved out of the middle of the apartment. If I was asleep or not in the mood for traffic, my roommate could only get to the kitchen by going through the public stairwell and reentering through another door. I decided it was a dump and began looking around for something else. Also, the hipster scene on the main drag in Williamsburg, Bedford Avenue reminded me too much of Seattle. I hadn't moved to New York to feel like I was was in Seattle. I wanted to step out of my front door and be smacked in the face with OH MY GOD, NEW YORK.

I answered an ad in the Village Voice for a room in a four-bedroom apartment in the East Village and began the interview process. A girl was exiting the front door when I arrived for my roommate interview-audition and we eyed each other: competition. "This must be what it's like to rush a sorority," I thought.

The place was beautiful: separate bedrooms with everything else open-plan. Hardwood floors, dark red velvet curtains, exposed brick, a kitchen island, artwork on the walls and a line of large French windows, one of which opened as a door into a patio. The only strange detail was the living room furniture. There was a high-backed wooden throne next to a couch and outdoor chairs that belonged at a barbecue. I perched uncomfortably on the lawn furniture and acted like the wrought iron wasn't cutting into my legs.

Later, after I'd sailed through call-backs, beat my competition and moved in, I appreciated the one piece of friendly furniture: the red chaise lounge, perfect for morning reading. I remained intrigued by the "fireplace" with its fake log. Hiding behind fake log were little metal canisters of chemicals that you lit like candles to produce real flames that thankfully emit no odor yet gave off absolutely no heat, either. One of the more confusing objects I've encountered. Visually, it offered comfort and coziness. Yet if you stretched out on the rug in front of fake log/real flames and tried to be wintry and dozey, you got NOTHING. One hundred percent image, zero substance. 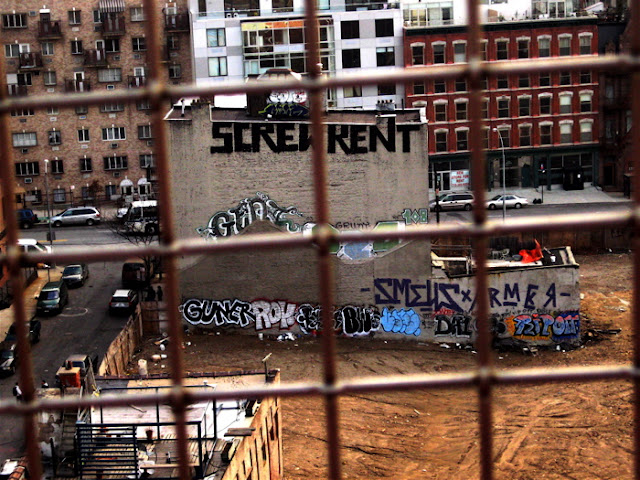 Melissa and Coco's place wasn't fancy but it was perfect. It was calm and sweet and safe, just where I needed to be in order to figure out where I was going. I worked as a freelance book publicist in my pajamas from the couch. I walked through dirty streets to the nearby botanical gardens and went for trail runs. At the end of the Bx29 bus line, I discovered Pelham Bay Park and City Island, a bedroom community of sailboats and seafood shacks.

After working as a runner for a few local concerts, I met the people who hired me for American Idol and I left New York to be a towel girl, thinking what a great joke this new job was. I fully expected to return to the city; I had a job lined up as a research assistant for a author who'd just signed a book deal. Touring was just a temporary chance to save money with a story to tell.

A few weeks into the Idol tour, however, I was pushed out of the research position and was too far away to do anything about it. Crushed, I drank Maker's Mark until I passed out on the bus and refused to get out of my bunk. After recovering from my hangover approximately a week later, I decided I was done with the city.
Posted by ronckytonk at 9:48 PM

Ah, that apartment in the East Village. I think we may have been the only two with any semblance of normalcy who passed through it.

Yeah..NYC has changed, specifically the addition of M-E. While I know it's a pipe dream, how I would love to live in the same city as my dearest and best mate.