After I picked on Joanna Friberg last week and said that she was too busy gardening and sailing to keep me up on Swedish music, I tried to act Swedish. With the exception of publicly disrobing and casually wandering around in teal-colored underwear, I did everything I could think of: I put The Knife on repeat, I listened to The Mary Onettes, I watched a video by Matthew's favorite Swedish hardcore band, Refused, and I smiled when The Hives came on the iPod. I admired the clean lines of my Poäng chair, I thought a lot about peace and social justice and, of course, I went to IKEA.

Now, IKEA wasn't my idea. Dennis actually asked me if I would go to IKEA with him. I was wary because I didn't need anything from IKEA and the last time I stopped in that store and didn't need anything, I spent six hundred dollars. SIX HUNDRED. And the time before that, when I actually needed something and went with Matthew and his mom, I had a near breakdown in the lighting section because there were too many choices and we'd been there for three hours and my blood sugar had dropped.

"Never mind, I don't care. I don't even want a lamp anymore!"

It might have been worse if I hadn't been on "good" behavior due to my boyfriend's mother's presence. Were it not for Judy, I might have grabbed the long neck of a floor lamp and wept. I'm telling you that it was possible.

This memory flashed through my brain when Dennis asked me to go to IKEA. He added that he'd never been before and I freaked. "You need to have a plan, Dennis!" I said. "You need a catalog! We can't just WALK IN THERE."

He assured me that he had a catalog and knew exactly what he wanted so I decided that it would be a fun field trip. Besides a few random kitchen utensils I could use, this trip would be more about IKEA-mentoring an old friend and feeding my Swedish kick. FEEDING being the word that should stand out in that sentence.

After breezing through the showrooms, I paid him a compliment.

"I admire your approach, Dennis. You're not f**king around."

He stayed on point in the marketplace section so much as to become a mockery of himself. Who wheels around a cart containing only two ice cube trays?

He checked out cabinets and giggled, "Oooh, I love plumbing fixtures!" but was faithful to the ice cube trays. I became alarmed at one point when I looked back to see him standing in the middle of an aisle, bent at the waist, head hanging.

"Hyperventilation," I thought to myself.

His head popped up, "Yeah! Just checking out this scale."

I looked down and he was weighing himself. I laughed nervously.

Finally we got to the art section, the section that's equally a) depressing since it means that people like mass-marketed art that means nothing to them and b) uplifting since it means you're close to the exit. At the last minute, I convinced him to buy a mouse-shaped pillow for his cat, Little Bastard, and we checked out. 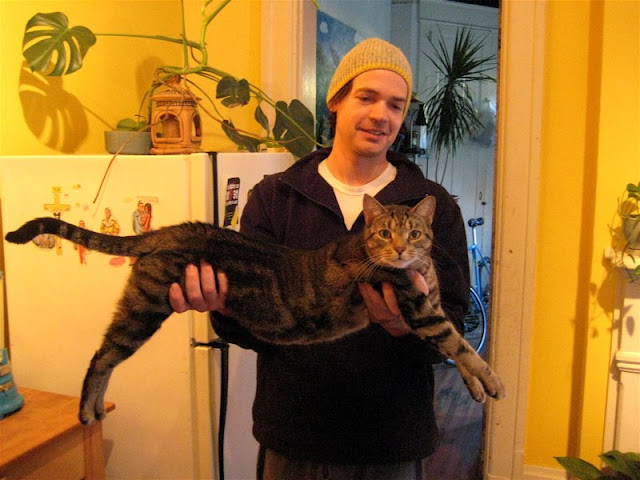 And that would have been it had I missed the food the way I did the other times I went to IKEA. This time, however, I noticed the mini Swedish grocery and I bought Swedish bread and that salmon paste that you squeeze out of what looks like a tube of toothpaste. And I bought meatballs.

Hey, my man made me meatballs last night! Our planets must have been aligned or something. But what actually made my tummy hurt, was my american sized portion of Ben and Jerrys.
/JMFF

to me, sweden is Opeth and Eilert Pilarm.

if that isn't effed up, i don't know what is.

having now googled both Opeth and Eilert Pilarm, I salute you

Eilert Pilarm is a national treasure that i want for the US.

i don't think americans would quite appreciate him though.