Everything I did in the first ten days of May was in reference to Sunny's cervix. I made every decision after thinking, "What's up with cervix? Does it need me to be its doula before I do this other thing?"

I know that a part of Sunny, the non-cervical part that just read the last paragraph, is not happy right now and I sincerely hope that she did not drop the baby out of shock because Sunny does not like it when people talk about her cervix. She didn't like it when perfect strangers asked if she was dilated because dilation = cervix = other parts that we generally don't discuss with random people on the sidewalk.

Yet somehow that shit goes public domain when you get pregnant. Sunny, I'll say no more except that you know that I don't forget anything. You know how much I like to remind you of your old perm in elementary school and that St. Croix sweatshirt you didn't take off for like a year so you know how much leverage you've given me. Leverage that I will probably never use against you.

Though if you do try to pull a fast one someday, expect me to remind you of how I held your legs with Shane while you pushed a new human being into the world.*

*That was sweet of you to be gracious enough in full labor to tell me and Shane to "take our time" when we had to go sit down after both almost passing out. As Shane and I sat there, blinking furiously and taking deep breaths, passing a Red Bull between us, you and the doctor cracked jokes about how you brought your second string, the b-team. Hard labor, complications ensuing, and your sense of humor intact: you are amazing. 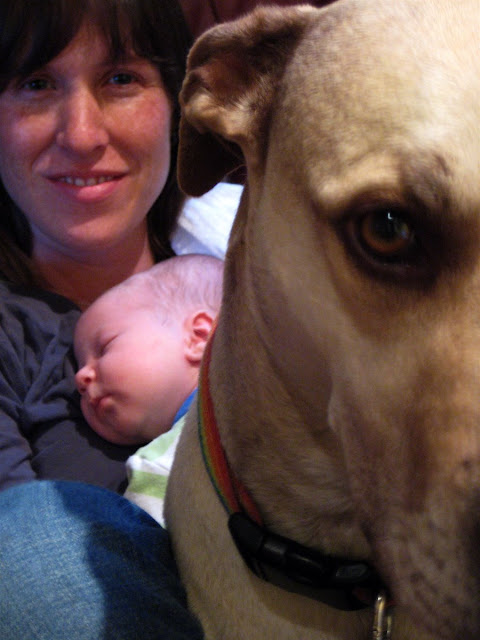 Today, three weeks later, I'm in another world but cannot get the first ten days of May out of my mind. I haven't stopped moving since I flew to LA and at night as I work in my hotel room, my brain saturated with numbers and figures and dates, I'll be suddenly struck with the fundamental enormity of birth and, more than that, of being a mother. Fully responsible for another life. So simple, so huge.

I flew to Detroit last Saturday. It was exactly a year since my first date with Matthew, when he'd skipped the Detroit Electronic Music Festival because I was coming home from Berlin and he wanted to take me on a date. We ended up at a Cincinnati Steak 'n Shake in the middle of the night where we drank a shake with two straws and made jokes about organ harvesting.

Last week I arrived in Detroit exhausted and frazzled. I'd slept fitfully on the plane, jerking awake in my middle seat to jagged turbulence. I hadn't slept well for at least a week, maybe two, and I was preoccupied and distracted. The first few hours at the festival I smiled thinly and followed Matthew around in a daze but slowly, eventually, I relaxed. For the next two days, I didn't open my computer once.

The last musician we saw on Sunday was set up on the underground stage under Hart Plaza. His music and his voice filled the cavern and I've never seen so many gloomy looking kids look so utterly happy, jumping around on the tips of their toes. I stood with one leg rocking, my head nodding, totally absorbed. I watched the musician, closed my eyes, and stared at the images projected on the walls as the beat thumped in my chest. It felt, actually, like Berlin.

And then suddenly I couldn't stop thinking about Sunny. Maybe because the music was elemental and what Sunny is doing right now is elemental and in my mind they became the same thing. And, I would like to be clear, I was not on drugs when I was thinking this. It just made perfect sense to imagine what Sunny feels when she gets out of bed to nurse Freddie in the middle of the night and sees a tiny hand, her daughter's hand, or feels the weight of her little body swaddled up like a taco. Feeling a thumping in her chest.
Posted by ronckytonk at 11:26 PM

awww.
me and freddie send our love, now and in the middle of the night.
peace out.
xx
ps. totally forgot about the st. croix sweatshirt... nice memory. let's not also forget about running tights under our shorts and playing mad rounds of 4-square.