Apparently I have a knack for unknowingly taking photos of street art by well-known artists. I'll just innocently like how they look until Matt Sperling sees my photos and says, "Dude, that's a Barry McGee! He's my favorite!" and I'm all, "Barry M-who now?" That happened here and just the other day with this Banksy. 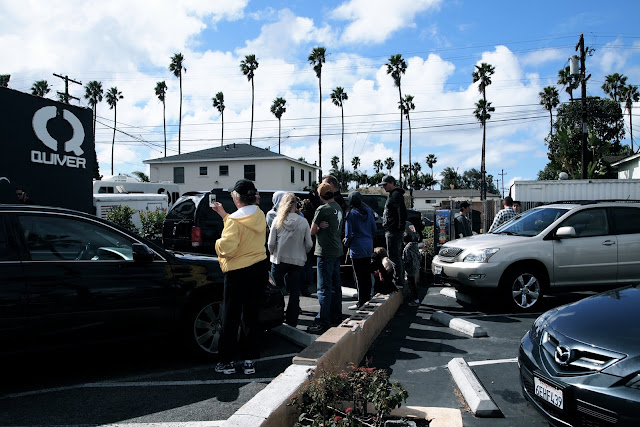 Turns out everyone was abuzz this Saturday with the idea that the rat on the side of Bull Taco is a Banksy work. Banksy may be / probably is in Southern California right now since his documentary "Exit Through the Gift Shop" was up for an Oscar and he recently left new marks around LA. 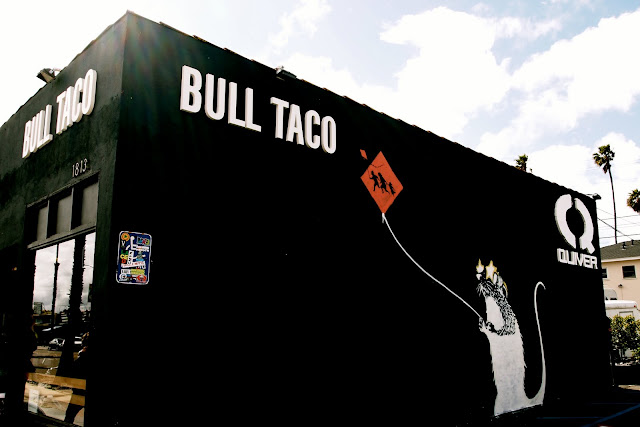 It hasn't yet been confirmed if this kite-flying rat with the sign that cautions drivers to watch for immigrants running across the highway is a legit Banksy. And I don't know if I would have even taken its photo had I just been walking down the street and noticed it. More than the painting itself, I'm kind of stunned by the reaction. Reported by every news agency out here - TV, print, and online including TMZ - they are all buzz-buzz-buzz about Banksy.

Was connoting rats with tacos a good idea? Is this racist? Is it too drippy to be a real Banksy? People were scoffing, marveling, posing, flashing peace signs. One man held a video camera and was making his own documentary. Would you like to comment? How much is this wall worth now? Did Banksy stop in Oceanside on his way to San Diego? Does Banksy even like Mexican food? Is he a mere mortal or a graffiti god?
Posted by ronckytonk at 10:17 PM

it was a fake, reported by his rep.