I'm not sure when I starting caring about art. I always appreciated what was between the lines more than anything spelled out directly or clearly. I always liked photos taken of moments that could easily go unnoticed: the quiet and unrehearsed. Photos of smiling, posed, and preening people were always a little disappointing.

Groups of girls at prom in tacky dresses, big smiles, and elbows hooked around each others' necks make me want to slam Jack Daniels until I pass out. Landscapes can be stunningly beautiful and my photos of places that held me in awe - Wyoming's Grand Tetons, Juneau's ice fields - or reached deep into me and squeezed tightly - the Ecuadorian coast - are invaluable to me.

But even those shots lack something, something like tension or mystery, a human element. NOT TO BE CONFUSED with a human figure plunked right in the middle of the shot. 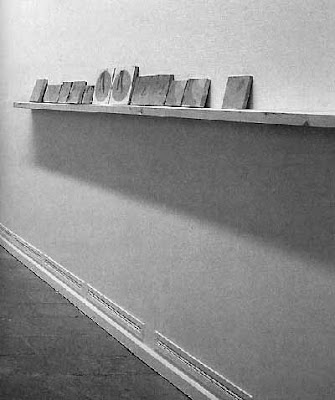 After a summer of leading people around the US, camping in national parks and reciting historical soundbites, I craved trash. I took my campers through the mountains of the west, hiked trails, and crossed innumerable passes of yes, majesty, but I was thrilled to finally reach a dark Chicago alley.
I lied to one group. I dropped them off at the Sears Tower, told them I had to get our 15-passenger van serviced, parked it a few miles away and stood under the El while it thundered above. I took photos of a dirty stop sign. And felt relief.

In elementary school at Sands Montessori I went on museum field trips and filled out my teachers' questionnaires, finding answers to their questions on museum cards and in the art itself. They'd set us free for an hour to roam and look around and figure out what they wanted us to notice. We had an art lady that came to our classroom, usually somebody's mother, with paintings and we talked about the pieces. She'd point out lines of color and the way it drew our eye to patterns. We talked about themes and made connections. We asked questions.

Our art teacher, Ms. Gross, taught us different mediums and then let us make whatever we imagined. She guided us and then let us get creative. But I wasn't able then, or for a long time afterward, to grapple with the idea that what we were doing was important. I thought that art was restricted to a special group of people, Artists. It was a bonus, IF YOU WERE INTO THAT, but not fundamental. 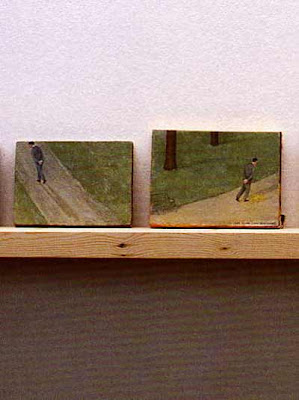 In college, I went to the Walker Art Center in Minneapolis to see an exhibit by Marcel Duchamp and was underwhelmed. I couldn't connect with a faucet bolted into the wall and a pile of newspapers on the floor called FAUCET and PILE OF NEWSPAPERS. The fact that I couldn't touch these totally touchable objects - called art because they were within a gallery space - irritated me.

Abstract art was enjoyable, if the design or colors were intriguing. With more traditional paintings, pictorial representations of something I recognized, I'd stand and stare because I was impressed that someone had those skills. I admired their craft but still I wasn't honestly excited. If the painting was famous, I'd try harder. Photography, especially black and white, was about the only thing that made me feel something that I couldn't describe, something wonderful.

At Evergreen State College, I started developing a sense of humor about the whole thing. Evergreen art students were particularly interdisciplinary, true to Evergreen tradition, and this lent a performance/public edge. THE WORLD AS GALLERY.

Rubber chickens hanging from the trees on the way to class Monday morning? Maybe an acid-induced inspiration from the night before. Or? An art project that someone was getting school credit for. Tough call. 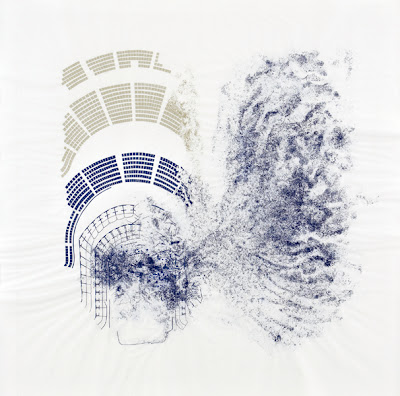 My friend Halle was in a dance troupe and I went to some of their performances. My favorite part was Halle tap dancing furiously. Because that was something I couldn't do. Whereas I could easily hang rubber chickens around or dance interpretively. Aha! That's what had been bugging me for, like, YEARS. If I needed a context and explanation to appreciate what people were creating, I didn't understand why they bothered messing with an audience. Why share with others if no one besides you gets it? Keep it in your dorm room, I thought, or your studio or your journal. Or tell me more! MAKE ME UNDERSTAND.

Halle, too, had a sense of humor about it. She studied Butoh performance and would tell me stories that had us rolling: her getting so lost in the Butoh movement that she thought she was a beetle or a blade of grass or she was drooling on herself. Right in the middle of the school's public square. Slowly, for an hour.

I liked Kevin's approach to art. He'd find pieces of driftwood on the shores of the Olympic Peninsula and put them together to make figures. Paint images on pieces of canvas and staple them anonymously to telephone poles. Anonymous, organic, democratic. He gave me scraps of canvas to paint on sometimes and I did, while questioning if I was good enough to do that.

Part of me wanted art to be accessible to anyone and part of me wanted it to remain exclusive, something only for really, really talented people. I wasn't sure how I felt about dipping my brush in mediocrity. I wanted to delight in (someone else's) genius.

But cracks appeared on the faultline of whether I could be a part of art or not. It may have secretly started in Olympia, or Ecuador. I noticed, however, in Seattle that I liked wandering off alone and finding art in people's yards and in the streets and in museums - anywhere - and writing down how I felt upon finding it. What did it make me think? Any new interesting thoughts?

This is a big difference from only worrying about how it looks or what it meant to the artist.

Part of the experience is me. Art's significance isn't only in the moment of creation. Artwork doesn't have to just sit or hang forever, getting dusty, in a museum for others to revere from a cool distance. Wherever it is, it evolves through each person who chooses to pay attention to it. It's personal. 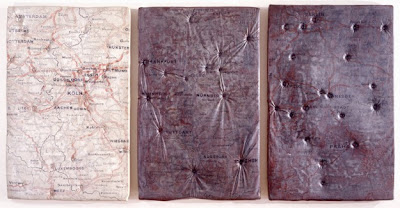 It doesn't mean that all art is good; it means that who you are determines what you connect with. It's a lot like with people. You don't have to possess a certain aesthetic for me to be attracted to you, but I have to be drawn to SOMETHING. Real interest isn't completely reliant on form. Initial attraction, however, must spark something new - a thought, a curiosity, an excitement - to actually connect.

If not, it makes more sense to keep walking. That's why I walk past pieces on gallery walls or stop just briefly. I thought there might have been something there for me but there wasn't, at least not that day. Around the corner, though, under another light, there might be something that changes everything. 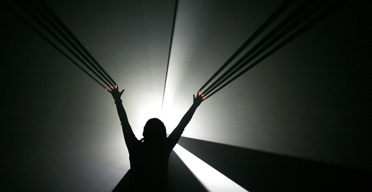 Posted by ronckytonk at 4:50 AM