White tea and the new normal

This evening Michael Bova and I hauled ourselves off the couch, into the car, and drove nine miles to Trader Joe's to buy four-dollar bottles of wine. We also thought maybe we should have a little more food in the house than alien potatoes. 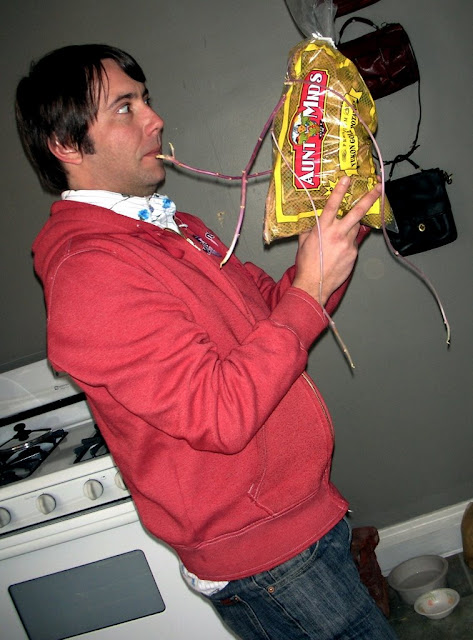 On the way to the store, my phone rang. I answered, "Hi!" but didn't get a response right away. Gail thought she'd get my voice mail and was chewing on broccoli so all I heard for a moment was muffled noises and giggling. After recovering, she told me that she couldn't call on my birthday because she was in Peru.

"I bought you a shirt," Gail said. "And then I wore it to hike up Machu Picchu."

"I love that," I said. "I love that you bought me a shirt but wore it at Machu Picchu first."

"I wish I were going to drink red wine," she said.

"What? Oh, you pregnant people. Damn it."

After making plans to drink wine with Gail after she's pumped, I hung up the phone and asked Michael, "Gail's six months pregnant and just hiked up Machu Picchu. Is that normal?"

"It's the new normal," Bova nodded. 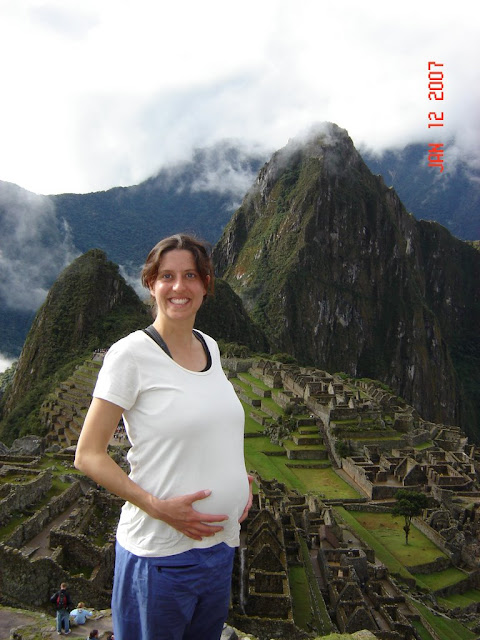 We returned home and uncorked the Malbec. I retreated to the computer and Bova set about making his dinner. Soon I heard a loud GODDAMNIT issue from the kitchen.

"What happened?" I called out.

"Well, I was CUTTING this lemon but then I SQUEEZED it."

After a short silence I asked, "That warrants a goddamnit?"

I cannot stress enough how rhetorical my question was. There is very little in this world that doesn't elicit Bova's GODDAMNIT. A few minutes later I hear him say, "Jesus Christ on a cracker. This is not good."

I chose not to comment, but when he murmured, "Ooh, I'm going to have white tea..." and sung out "Health, health, health!" I couldn't resist asking about white tea.

He told me that white tea used to be reserved for emperors because you can only pick it two days a year, right when it sprouts open, and that it's incredibly delicate and high in antioxidants.

I looked into it and, sure enough, black, green, and white teas come from the same plant but the white tea leaves are harvested before the leaves open fully, when the buds are still covered by fine white hair. Hm, hairy tea. It grows in China, Japan, and India and the leaves are gathered, steamed, and dried by hand in an arduous process that can yield as little as ONE POUND OF TEA PER THREE THOUSAND leaves.

Way back during the T'ang Dynasty (618-907 AD), white tea was just for the Chinese imperial court but now anyone who can find the Celestial Seasonings aisle can partake.
Posted by ronckytonk at 8:59 PM