There's so much that I treasure about my friendship with Cathy. Her generosity, honesty, loyalty, her memory foam mattress when I spend the night, her record collection (Carl Douglas - Kung Fu Fighting, Joan Jett, Ike & Tina - 'Nuff Said).

I like that in her Flatbush neighborhood we get free dinners at the new French restaurant because she set up the owner's lease, she shoots the shit with the cops at the train station, and when a kid pets the dog we're walking, Cathy says, "Hey man, when are you giving back the Homies that you stole from me?"

I could go on. Or I could just show you this photo from her apartment, which says a lot, too. 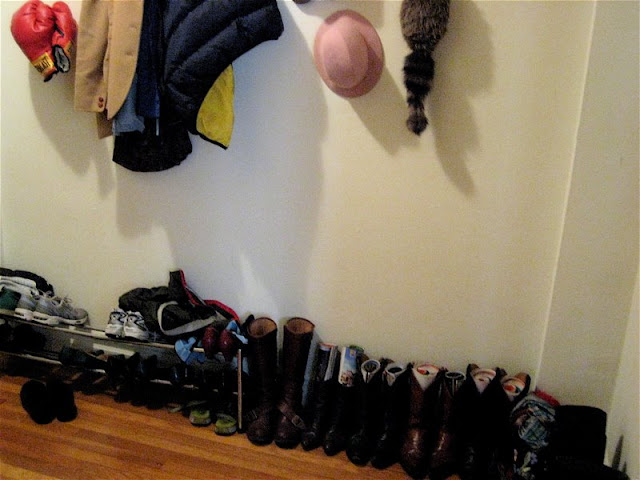 Posted by ronckytonk at 4:29 AM