One of the first things I did after I got home in September was go to the James Dean Festival in Fairmount, Indiana. Because now is my time to notice dead men of iconic status to whom I never paid attention before. 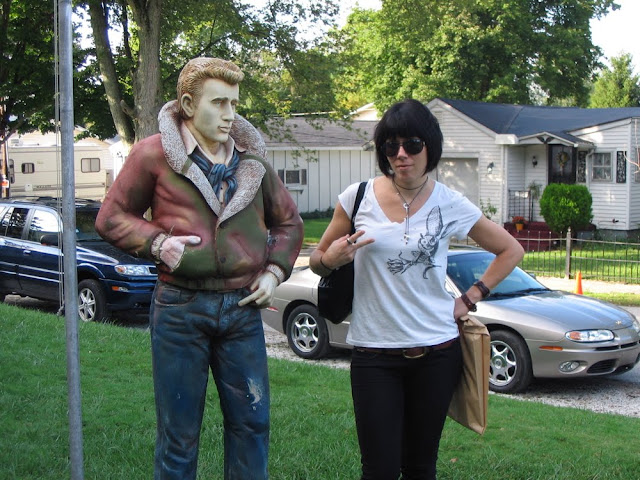 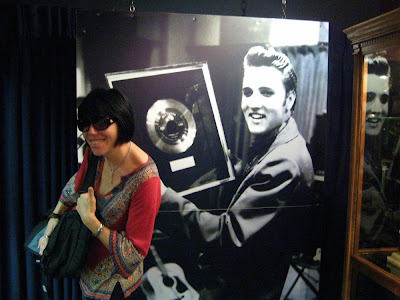 This was the 34th year that Fairmount celebrated their hometown boy by way of parade, lookalike contest, dance off, 50s car show, cotton candy, ferris wheel and, of course, elephant ears. It is the fifth time Matthew has attended.

Now that I can actually pick James Dean out of a lineup, I have to say that what I most appreciate about him (besides HOT) after looking through letters and journals and photos and all the crazy amount of stuff in the Fairmount Historical Museum is that he seems like SUCH A NICE FELLOW. "What a sweetheart," I thought while reading his school essays. Don't even get me started on the flower he painted for his high school drama teacher.

Also of note: a classic Indiana landscape and the turnoff to Fairmount. The smaller sign to the right says Homecoming Hog Roast. I regret not crashing the hog roast. 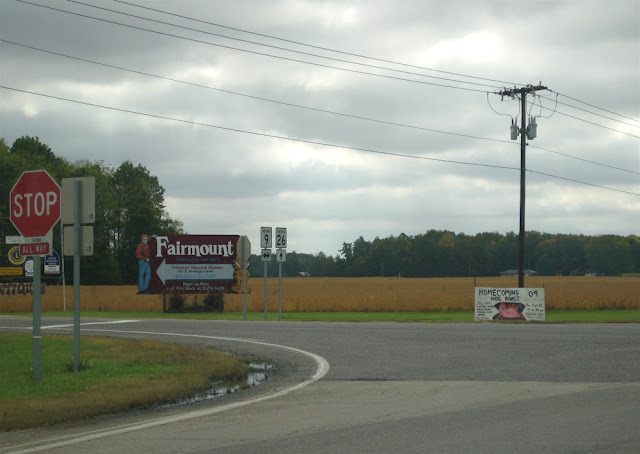 The Fairmount Historical Museum Shuttle is being pulled by a John Deere tractor. Hello Midwest. 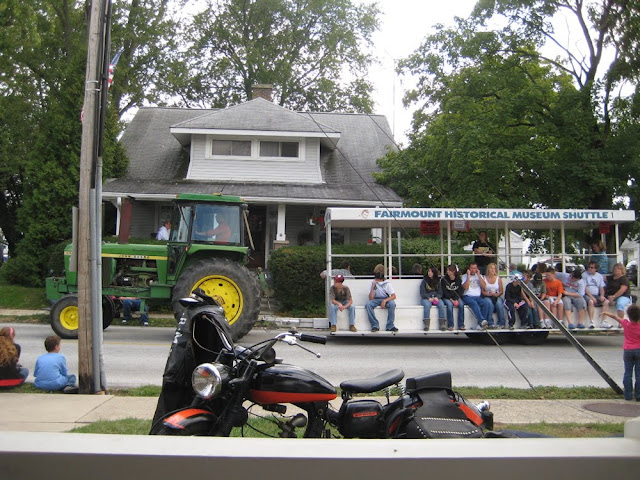 James Dean's classmates from the class of 1949! 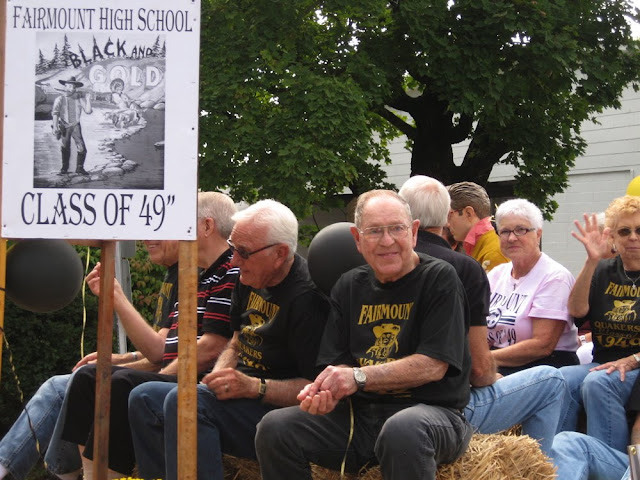 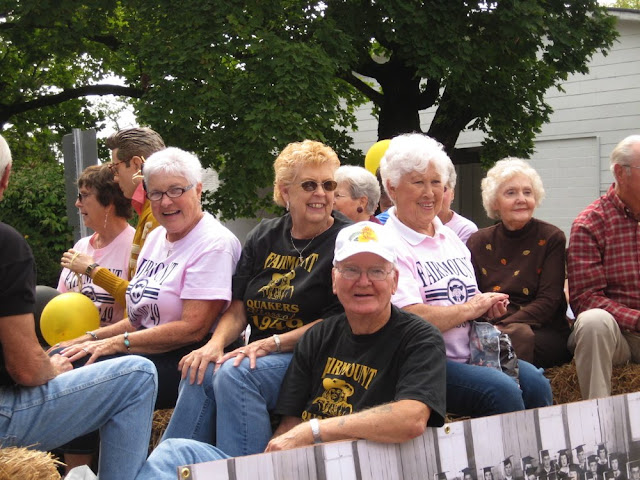 Matthew became friends with this dude, Marlon, and spent the whole time I was shooting photos of the parade talking to him. Marlon has been driving in from Michigan for the festival since it began and introduced Matthew to James Dean's cousin. 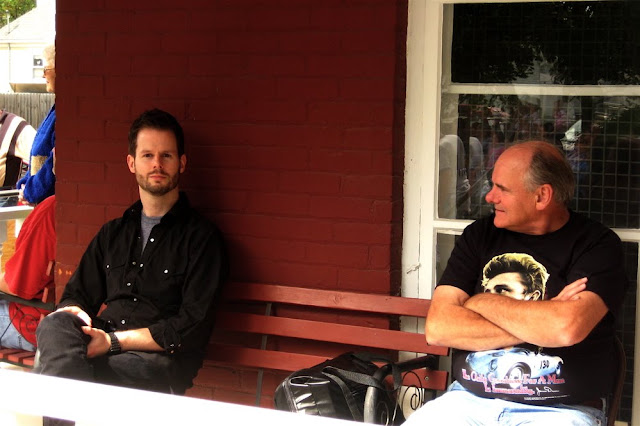 This lady in black next to the replica of the car James crashed and died in was a straight mess. Her stockings were ripped and an ass cheek was threatening to emerge big time. She kept talking in a loud voice about how she lives in LA and just got back from Italy where she was being entertained by a "director friend". I later saw her hanging with a Japanese filmmaker who is doing a story on the festival and a JD lookalike who flies in from Los Angeles to participate and repeatedly win the contest (he lost the title this year), so I don't necessarily doubt the veracity of her story, I'm just saying that more stocking and less name dropping would help. 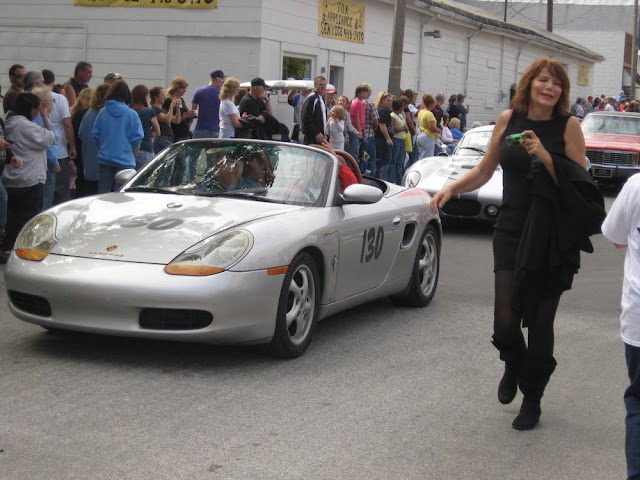 An Elvis impersonator, apropos since I so recently figured out who that guy is too. 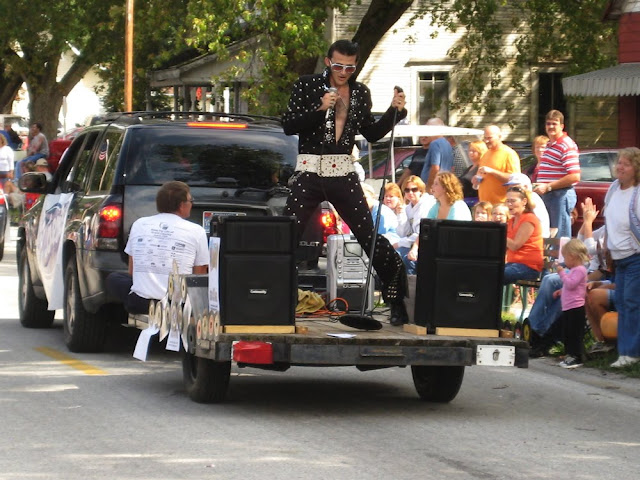 And what parade is complete without a robot-controlled R2D2 posing with a kid whose shirt says REAL MEN LOVE JESUS? 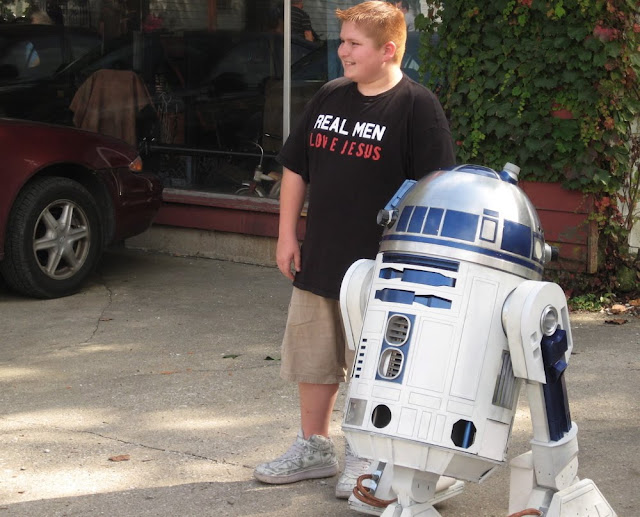 Posted by ronckytonk at 9:00 AM

that last foto is genius.