Hopefully a good pedicure will erase the first year of college

So my mom has decided to clean out the attic. What this means for me is that every time I go over to my parents' house to do laundry, I get a box of my old stuff to go through. We'll decide what to throw out and what to keep and judging by the three boxes I sifted through last week, the choices pretty much make themselves.

Some of the things I threw away: torn up leather sandals from 1992, 19-year-old papaya-scented hairspray, a city No Parking sign that I'd hung in my bedroom in an attempt to feel like a bad ass at age 16, and photo developing solution two decades past its expiration date.

Somethings I found and kept! CISV village t-shirts circa 1986 from my camp in Newcastle, England. This week I've sported my old sweatshirt from Iceland and shirts from Korea and Norway. The fact that I can still wear a shirt I wore in 1986 says much about how freakishly fast I grew as a kid and how flat-chested I have remained as an adult.

Also of great joy and fear in equal parts is the big, big box of letters that I received, and much more painfully, sent over the years. At some point after high school, Andrea sent me all the letters I'd written her since ninth grade. I've read a couple and they make me want to put my head under a pillow and scream. And weep. And then scream.

And then there's this postcard: 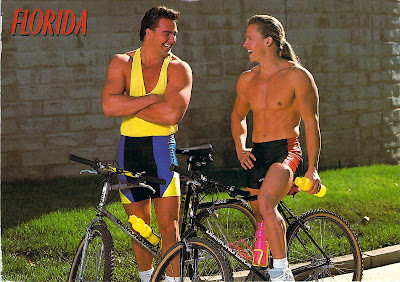 I remember so well what it felt like to be me back then and it wasn't often comfortable. I was kind of awesome but I also sucked. I would never, for any price, go back to that time. I was mature in some ways and stunted in others. I meant well and had a big heart but oh, I was a shithead. I wanted to be a bad kid, much worse than I ever was, I wanted to get in trouble, but I was too shy to make much happen.

And I wrote about it all A LOT. In the letters, my long drawn-out explanations and insecurities are punctuated with unintentional hilarity but there is only so much I can take at once. Ever since the first night the box came home and I shuffled through the overflowing envelopes, howling and shrieking, I have glanced at it sideways and then quickly made myself busy.

Example: my cuticles look GREAT today. Perhaps, in giving myself a frantic manicure, I can file down all memories of high school.

Much easier on my self-image are the letters from others, my favorites so far being from my cousins Mary Beth and Lauren. Holy. Crap. From when I was 12-17 years old and they were three and five years younger than me, we wrote letters that have ART PROJECT written all over them. I don't know what I'm going to make out of these but something must be done. 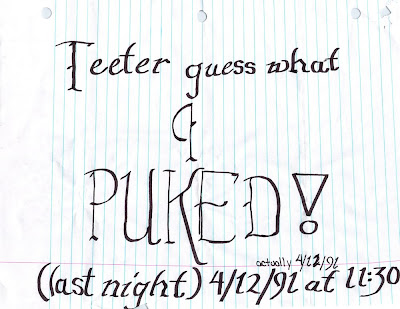 one advantage to never having written things down as a teen is that i never have to read that crap.

i am convinced i was incredibly boring when i wasnt being an asshole.