Wallace Stevens lived from 1879 until 1955 and wrote a whole lot of poetry while also being a lawyer. Wallace didn't publish until the age of 36 and even then took years-long breaks from the literary public but in his 50s he was gripped with word fever and was OFF THE HOOK for the rest of his life.

William Carlos Williams lived from 1883 until 1963 and was a poet and doctor. 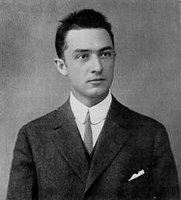 William and Wallace were friends, hung out in New York, and were both part of the American Modernist literature movement which I think means that they were less about old school European forms and more about newer American styles. I do know that they were successful in their respective professions while also managing to be stellar poets.

Books from both men normally sit dusty on my bookshelf but are now in a duffel bag in my parents' boiler room. I dug out the Wallace Stevens book of essays after reading The Middle Mind by Curtis White, who practically creamed his underpants when referring to Stevens' brilliance and cracked the essays on reality, the imagination, and the arts.

These words leaped off the paged: THE PRESSURE OF REALITY, the pressure of an external event or events on the consciousness to the exclusion of any power of contemplation.

It exists for individuals according to the circumstances of their lives or according to the characteristics of their minds...Reality is things as they are. It is a jungle in itself...A possible poet must be a poet capable of resisting or evading the pressure of the reality of this last degree, with the knowledge that the degree of today may become a deadlier degree tomorrow.

This makes me break out in a cold sweat. I immediately want to yank on my hair with one hand and start mixing cocktails with the other. My stomach hollows just as it does in my recurring dreams of having to go on stage without studying my lines and having to pass high school math after skipping class every day. It's not the poet part. It's not even the sinister "deadlier degree tomorrow" part. I just want to be able to contemplate consistently enough to create something.

William Carlos Williams and Wallace Stevens were businessmen and family men and creative men. The few years I experimented with being a businesswoman in New York found me either slogging home on the verge of tears with just enough energy to pop a movie in before falling asleep or high on to-do list mania concerning the grocery, the gym, and enriching social activities like happy hour.

Several years ago I visited Ali Schumacher in Tucson and she said, "You know, you've been kind of semi-retired since college." Right after laughing and agreeing, I bristled. Am I a bum? I was working in Seattle as a bartender and as an editorial intern at Seal Press. I made enough money and had abundant time to wile away thinking and writing in cafes.

Today I reckoned with the pressure of reality and its time consumption when I realized that I hadn't written in several days due to an event planning job I've been working on, one that involves floral arrangements, plaster busts of historical figures, and an ice sculpture.

I dedicate this entry to "Floral Decorations for Bananas", a poem by Wallace Stevens.

And deck the bananas in leaves
Plucked from the Carib trees,
Fibrous and dangling down,
Oozing cantankerous gum
Out of their purple maws,
Darting out of their purple craws
Their musky and tingling tongues.
Posted by ronckytonk at 9:28 PM

JR- My appreciation for you evolves even more as I read through your delicious banana flavored blog! JB