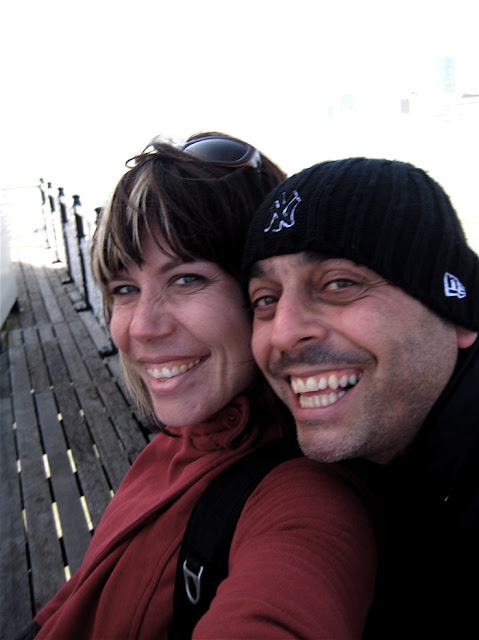 I took the train to Brighton yesterday to have lunch with Vinnie. I know Vinnie for his drumming, his disturbing likeness to Stewie from Family Guy, and the fake voice he does of a sneering bastard with a chip on his shoulder. The fake voice always starts with "OH LOOK AT ME," and it's highly addictive.

When I'd walk into the band dressing room with day sheets, Vinnie would say, "OH LOOK AT ME carrying papers around, telling people what they have to do tomorrow."

When Vinnie came off stage after a Spice show, I'd say, "OH LOOK AT ME banging on things with sticks, making lots of noise." Being a DRUMMER.

When he invited me to Brighton, he was all, "OH LOOK at me telling you how cool Brighton is," and "OH LOOK at me being nice and saying it will be nice to see you."

And, seriously, it pretty much never gets old. 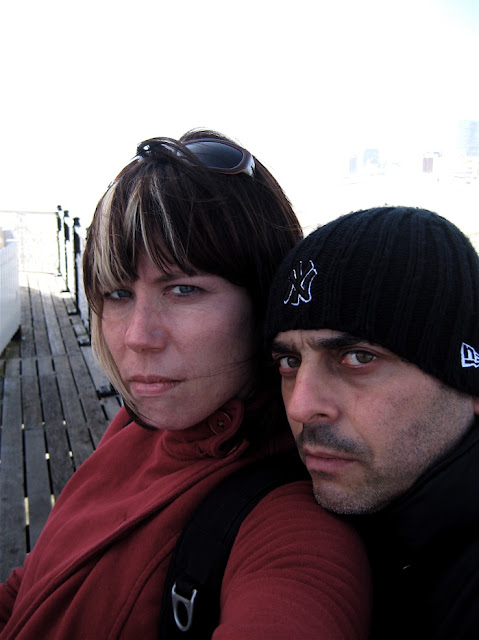 This photo was hard to take because something about walking on the Brighton Pier made me giddy and I kept having to stop to laugh and cross my legs. I was watching a little girl in pink on a ride that I remember from Kings Island. It's called The Spider or something like that and you're closed into a booth that's attached to a long arm. It spins you in circles and up and down and it's shocking and hilarious and I used to laugh through the whole ride.

I'd laugh until I was gasping and drooling and, sometimes, peeing my pants.

I was laughing too much to take these photos but after a few tries at composing serious faces, Vinnie went "Go go go go GO!" I bent over, did a few more kegels and we managed to pull it off. 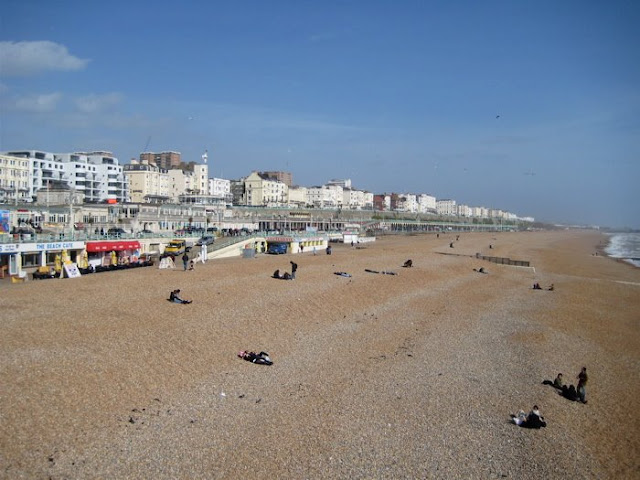