The Berlin Wall evolved between 1961 and 1989. What began as one wire fence and then a parallel fence on the East German side - creating the "death strip" between the two - grew to the final wall of reinforced concrete, barbed wire, bunkers and watchtowers. 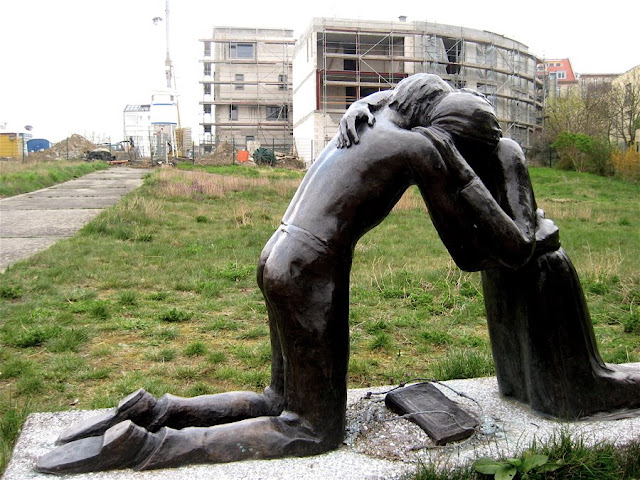 To build the second wall inside Eastern territory, houses were torn down. The death strip was carpeted with raked gravel, making footprints easy to spot. It was planted with landmines and there was no cover from watching guards' eyes. People attempting to breach the walls were shot on sight and, if wounded in the death strip, often left by the guards to bleed to death. 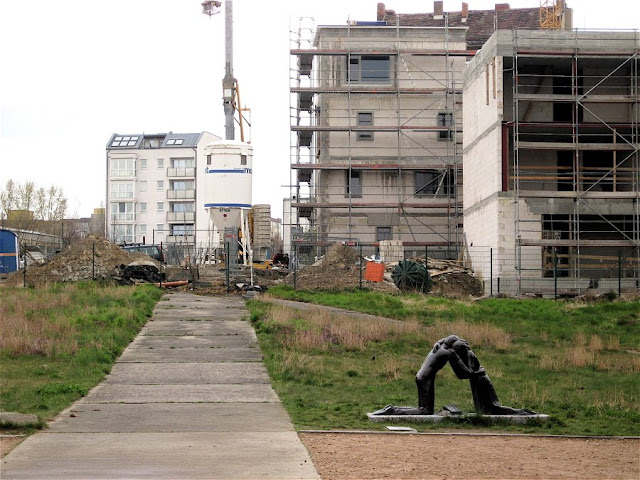 Here's the old death strip at Bernauer Straße, now a memorial and, perhaps just as significant, the site of new construction. 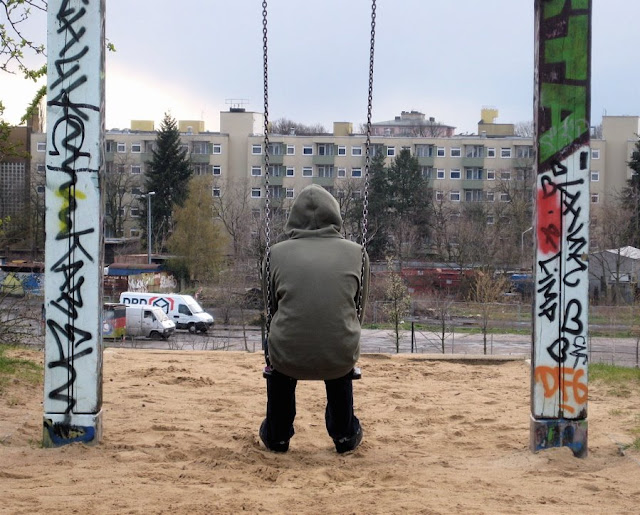 Part of the former border strip was made into a park, Mauerpark or Wall Park, and I snooped on this kid while he sat silently in a swing. FOR A LONG TIME. So long that I was curious; What the heck he was thinking about? I wasn't nosy enough to intrude and actually ask, but enough to make up stories in my head. 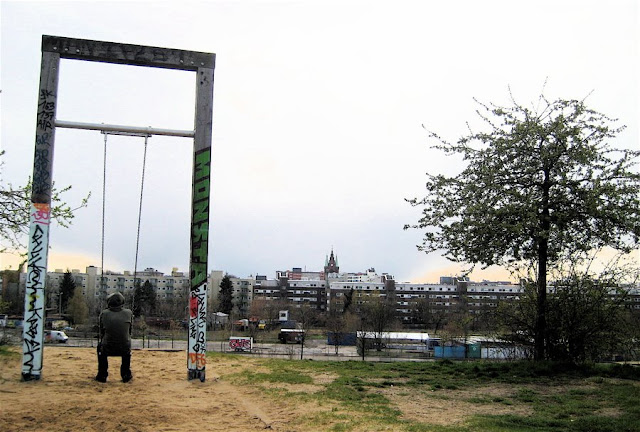 Part of me thought this kid was getting all existential on himself, digging into the whys and wherefores of strife and human division. Another part thought he was thinking about how much it would cost to buy poppers and pills for the club that night. Or maybe about the cute little puppy he's going to buy and take for walks around Mauerpark.
Posted by ronckytonk at 12:08 PM

Oh, I have been once to Berlin too, in this park....this swings! I have always tried to remember them :-) ....there where many people....different on this swings...Near it nice playground from branches ...

I liked Berlin so much...it is so interesting..there are trampolines in the little park, twirled benches, tango everywhere (Berlin is thought to be the second capital of tango after Argentine).........:)